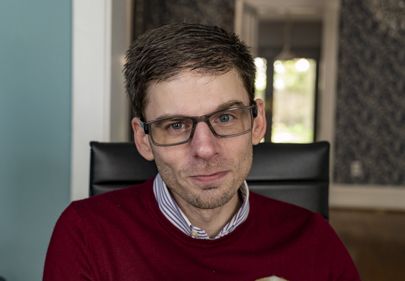 Ryan Begley is the Education, Media, and Outreach Specialist at HRAF. Ryan creates educational, promotional, and social media materials for HRAF to facilitate cross-cultural research. He is available to conduct tutorials on how to make the best use of eHRAF databases.

In addition to working part-time for HRAF, he also works as a Postdoctoral Scholar for the Shenk Research Group at Pennsylvania State University and as a Lecturer for the Department of History and Anthropology at Juniata College.

Ryan earned his doctorate in Anthropology from the University of Missouri in 2015, where he studied cultural and social behavior from an evolutionary perspective. His research focuses on traditional lifeways in transitional contexts and involves both ethnographic and ethnological methodologies. He conducts fieldwork in rural Bangladesh and is making an ethnographic film on economic and social change in the region. His most recent scholarship investigated the frequencies and causes of transitions to and from matrilineal kinship systems across societies in the Standard Cross-Cultural Sample. As a teacher, Ryan emphasizes the critical, methodological, and technological skills students need to explore their humanistic and scientific interests both inside and outside of the academy.