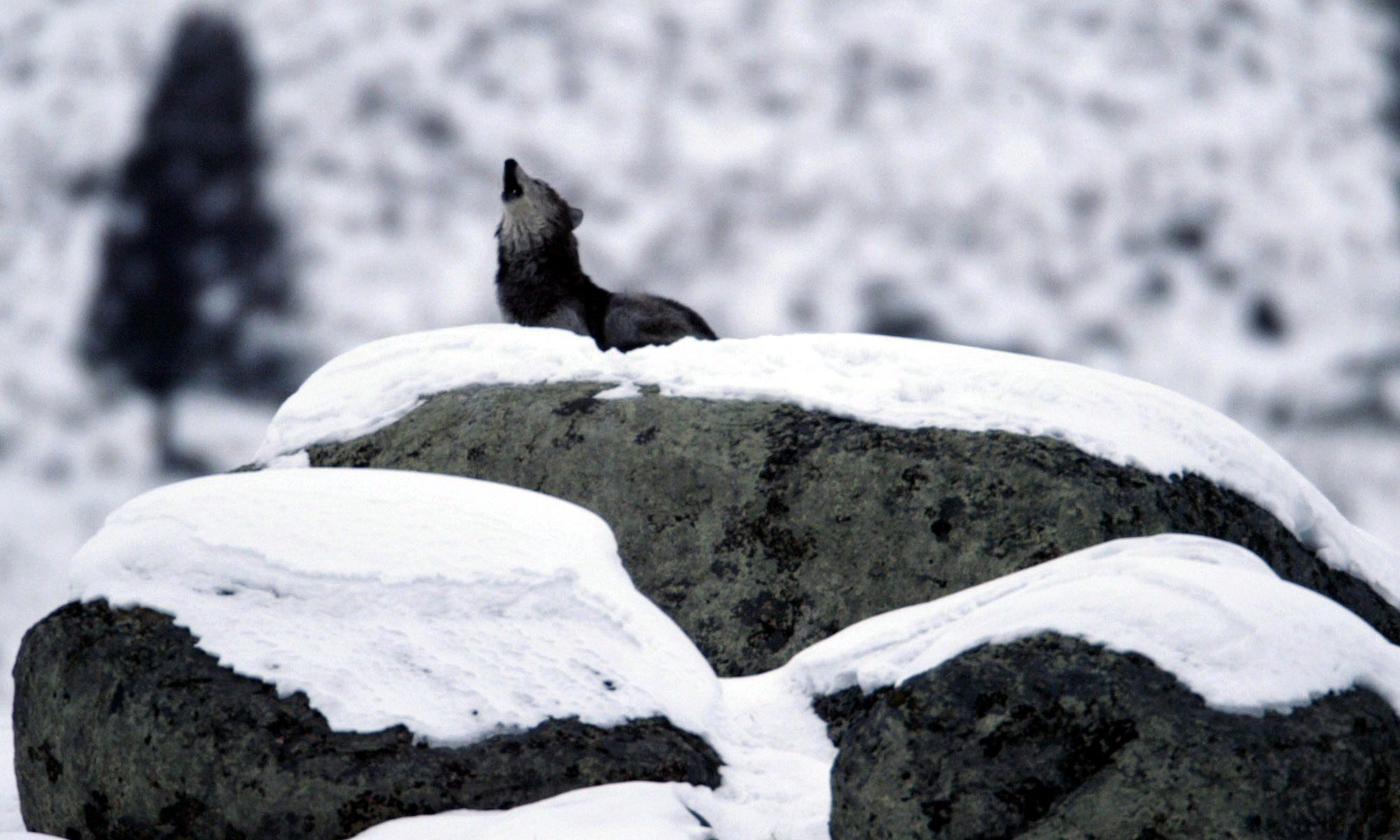 Human relationships with dogs extend into the deep past, just as they strongly endure in myriad forms in the present. New research in Siberia indicates that humans may have established relationships with wolves as early as 27,000 years ago, and this relationship blossomed into an undisputed case of domestication at least 14,700 years ago (Skoglund et al. 2015). Currently, most research indicates that wolves first joined human society when we were small hunter-gatherer bands around 14,000 years ago (Janssens et al. 2018). After millennia of living in close proximity to humans, a subset of wolves diverged from the larger gene pool as they were physically and cognitively changed by their growing relationships with humans. These became the ancestors of modern dogs. Given that the specific origins and benefits of this relationship are still poorly understood, scientists as well as dog enthusiasts continue to wonder how and why humans began sharing their lives with dogs in the first place.

This question can be explored using eHRAF collections in two ways. First, researchers can use archaeological data (found in eHRAF Archaeology) to examine evidence for dogs in ancient societies. Second, researchers can use ethnographic data in eHRAF World Cultures to better understand how hunter-gatherers use and live with dogs. That being said, the environment, societies, and dog phenotypes have all changed dramatically since ancient times (for a complete description of the theoretical issues involved see Hayter 1994). The ecological relationships recent hunter-gatherers groups have had with dogs may shed light on the use and impact of dogs in ancient societies with similar environments. 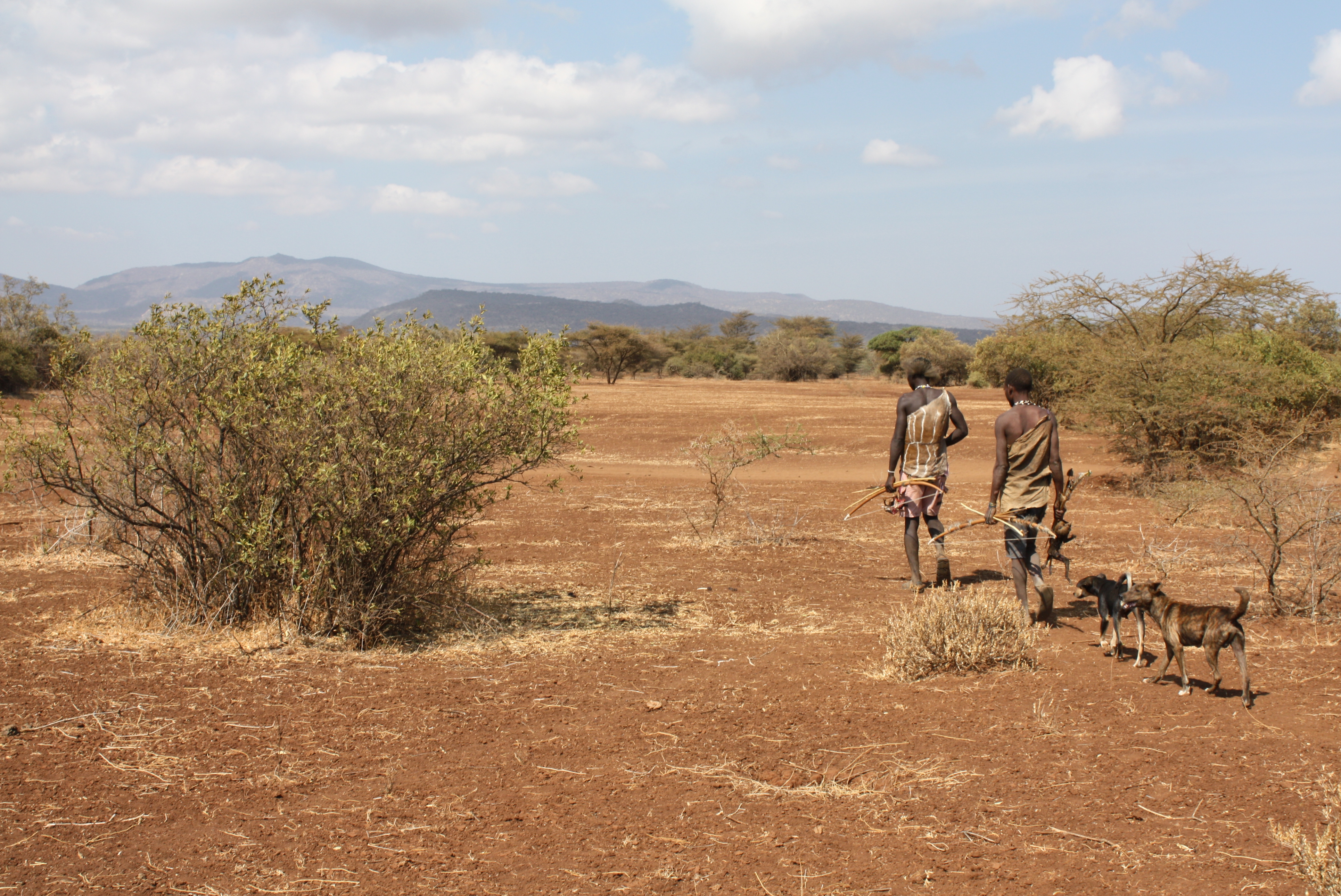 With this consideration in mind, let’s look at some examples of dog use in recent hunter-gatherer societies living in a few different environments. Exploring the utility of the human-dog relationship may help us understand why we first invited them into our lives.

When looking at hunter-gatherers today, we can see that dogs are used in a variety of hunting activities. The Mbuti use dogs when hunting in the tropical forests of the Democratic Republic of Congo. Dogs accompany hunters who carry either spears or bows to take down prey (similar to figure 2). Given their much more powerful sense of smell, dogs are especially useful in helping hunters locate game. To keep up with these speedy tracker allies, Mbuti hunters attach wooden bells to them. 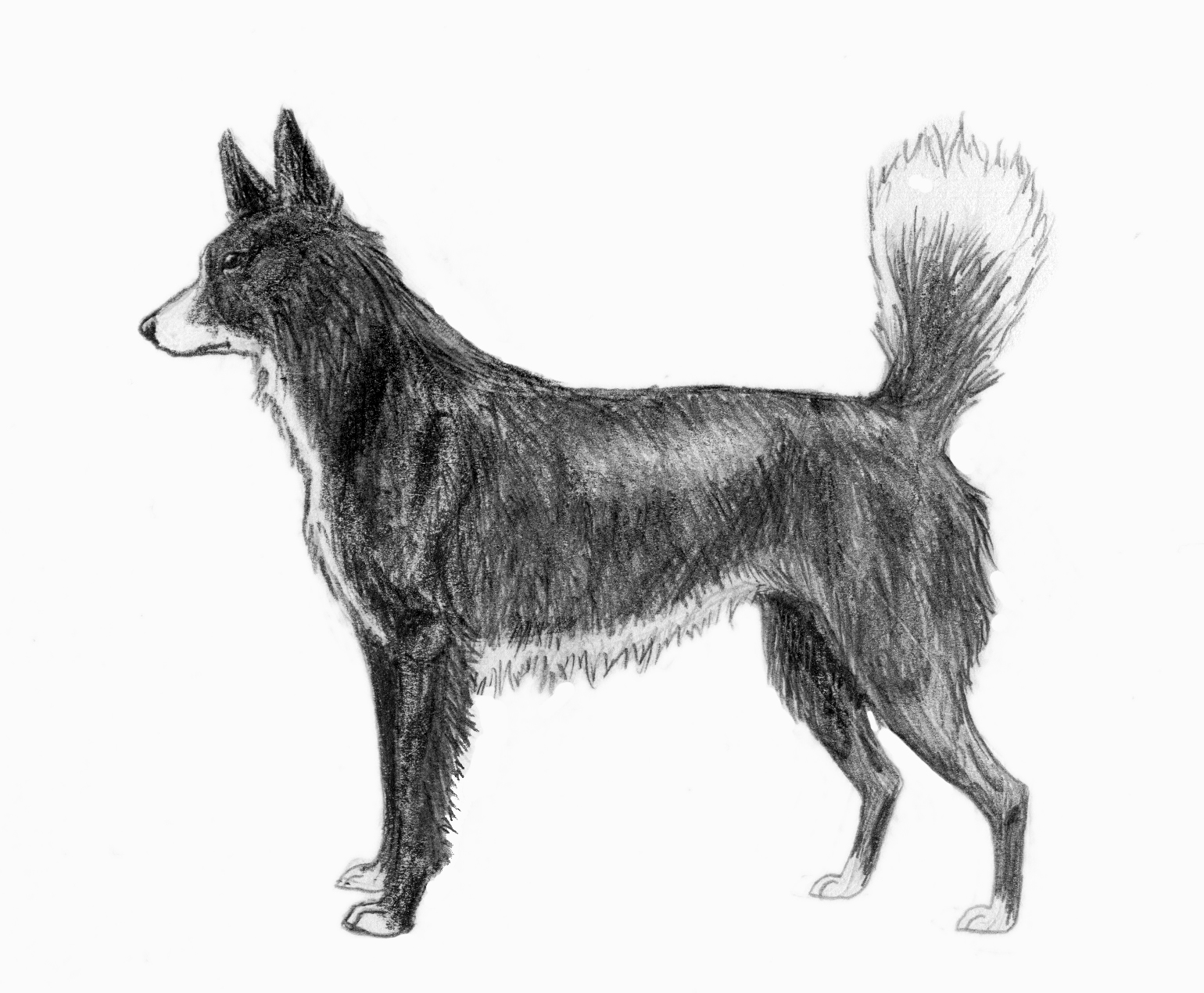 Figure 3. An artist’s representation of a Tahltan Bear Dog by Pharaoh Hound. CC by 3.0 via Wikimedia.

After these dogs help their hunters find prey, they must carefully cooperate with humans to successfully take down the animal (Harako 1976: 54). For example, after the Mbuti form a circle around the animal, the trained dog is directed to enter the encircled area and flush the prey out of the bush and into the hunter’s sights. The hunters then have to take care not to hit the dog with their arrows. This is a common tactic used with small animals such as birds and mongoose.

In North America, many hunter-gatherer societies used dogs as pack animals. By toting the group’s belongings, dogs could extend the range of a hunting group or speed up the movement of families changing their dwelling sites. Among the Kaska, for example, dogs known as “Tahltan bear dogs” (Figure 3) provided an extremely useful service by porting hunters’ implements, such as blankets and axes. Because they were so useful, families would frequently own two to five dogs. Kaska society also used different dog phenotypes for different purposes, employing the stronger and larger dogs as pack animals, and the leaner, faster dogs as hunters (Honigmann and Wendell 1949:55). The brawny pack dogs were rigged with travois (dragged work harnesses) to carry items as needed (see Figure 4). 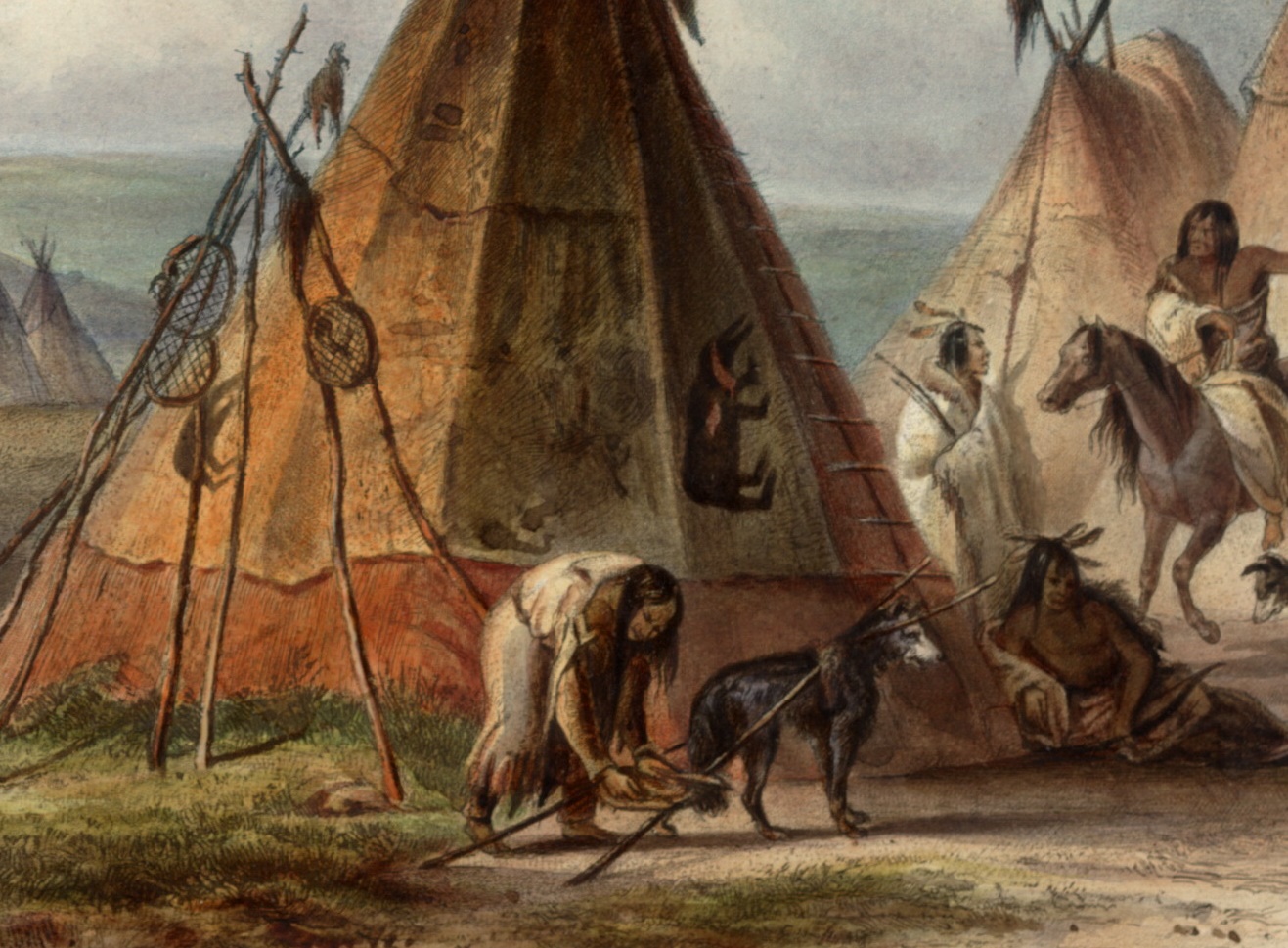 Figure 4. Dog with a travois in an Assiniboine camp on the Upper Missouri. Painting by Karl Bodmer circa 1845 (public domain).

Farther north, the Round Lake Ojibwa of Northern Ontario used dog teams to hunt and lay traps in snowy climates (Rogers 1962). Dog teams allowed the hunters to carry many large traps that could be placed over expansive territories. For both groups, using dog teams provided hunters an adaptive advantage in their harsh environment. Because the snowy landscape was taxing and game was hard to come by, they often had to move and travel long distances to capture enough protein for survival (Rogers 1962). When attached to toboggans, these powerful dogs made it possible for hunters to bring back large amounts of hunted game to their families.

In all the cases above, utilitarian human-dog relationships provided a significant advantage to hunter-gatherers. From these examples alone, we see how dogs can be very useful for hunting, carrying resources, and transportation over vast distances in harsh environments. Additionally, the benefits of human-dog relationships shine through even more when one considers that, relative to humans, dogs only require modest amounts of food, care, and shelter. Although we do not currently understand precisely how this beneficial relationship between humans and dogs began, these examples provide clues for the way that dogs may have been useful in a variety of different environments.