HRAF President, Carol Ember, has contributed this post reporting on her ongoing research into natural hazards and cultural “tightness”.

Some societies appear to have strong and clearly defined expectations for how to behave in many realms of life and punish people severely if they depart from expected behavior. Previous research on 33 countries (Gelfand et al. 2011) and the 50 United States (Harrington and Gelfand 2014) strongly suggest that more natural hazards predict that a country or a state will have a “tighter” culture. The fascinating thing about the 50 state comparison is that “tightness” and “looseness” strongly resembles the political map of “red” states and “blue” states. 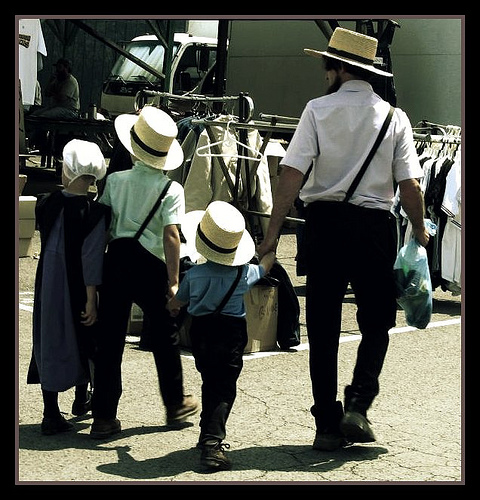 We have used standardization of dress as one indicator of cultural “tightness”. Photo by Deepak Trivedi.

Do these findings pertain to societies described by anthropologists?  In a large-scale interdisciplinary project funded by the National Science Foundation, my colleagues and I are conducting other comparisons to try to evaluate whether this relationship holds more broadly. In a worldwide cross-cultural comparison of about 100 preindustrial societies from the recent past, we are comparing societies that live in hazard-prone environments (particularly where hazards such as droughts or insect infestations seriously destroy food supplies) with societies living in less hazard-prone environments. We are looking to see if those living in more hazard-prone environments have more cultural “tightness.”  Many hazards result in famine, so we are also comparing societies that have experienced famine versus those that haven’t.

The research is ongoing, but we presented preliminary results at the Human Behavior and Evolution Society meetings in Vancouver, British Columbia on June 30, 2016 on three of our measures of “tightness”.  These measures included the degree of standardization of clothing, standardization of adornment, and how much mealtime behavior is governed by rules and etiquette.  More standardization suggests strong cultural norms and high constraint on individual variation. Our results so far generally support the connection between hazards, famine, and “tightness.” Click here for the presentation.

If the relationship between hazards and famine and cultural “tightness” appears to be universal across many different types of cultures, we need to explain why.  The theory put forward by my co-investigator, Michele Gelfand, is that “ecological and human-made threats increase the need for strong norms and punishment of deviant behavior in the service of social coordination for survival (Gelfand et al. 2011: 1101).”  In other words, cultural tightness may be adaptive when considerable cooperation is needed.

It is not just natural hazards and famine that predict cultural tightness. Other research by Gelfand and colleagues suggest that cultural tightness may also increase with other forms of uncertainty such as fear of terrorist attacks. For example, in a survey of Americans, individuals who preferred “tightness” expressed more fear of terrorist attacks. Explore these findings relating to the American political scene at Gelfand’s media page. 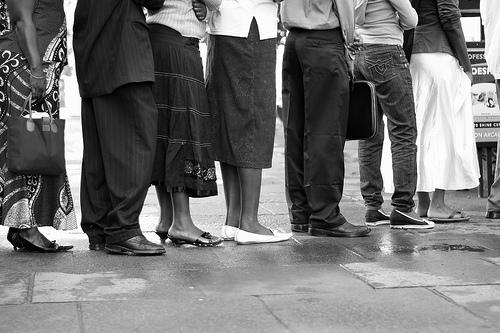 There is less standardization in clothing among these individuals queuing up for a bus in Nairobi, Kenya. Photo by hktang