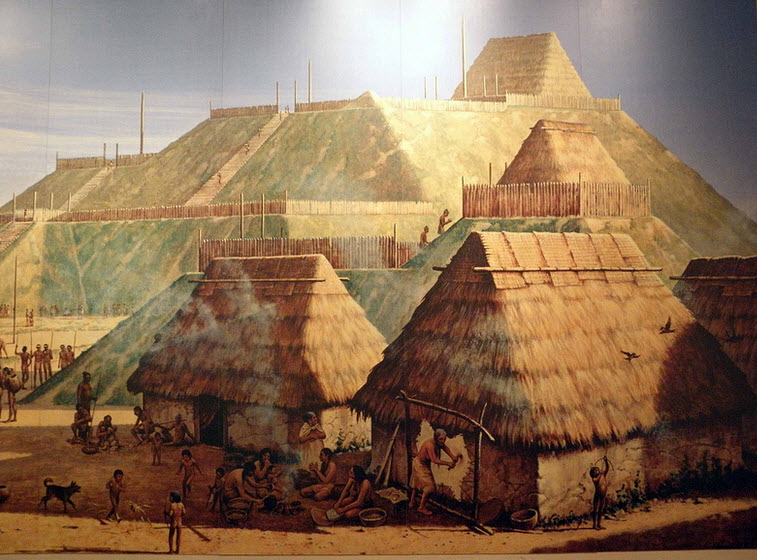 The Mississippian tradition, which includes sites like Cahokia, Moundville, Etowah, and Spiro, is represented by a group of polities that arose in the southeastern United States (particularly in the central and lower Mississippi Valley) after 700 AD, and extended into the early period of European exploration in the region. These polities were ranked or stratified, sedentary, living in large agricultural communities located in major river valleys. They are particularly noted for their construction of large ceremonial centers containing several rectangular, flat-topped mounds used as bases for temples. Ceramic production is distinct from the earlier Woodland period.

Visit Traditions Covered  to find a list of prehistoric traditions that can be found in eHRAF Archaeology.