Throughout history, humans have collected and buried groups of objects together, whether for ritual purposes (e.g., offerings to the gods) or pragmatic reasons (e.g., for secret stores of food). Today, many cultural groups still practice caching objects for a variety of reasons. Anthropological and archaeological research suggests that caching is often correlated with specific social practices, such as the construction or rebuilding of sacred architecture (indexed in eHRAF as “Religious and Educational Structures” OCM 346), the performance of religious ceremonies (indexed in eHRAF as “Organized Ceremonial” OCM 796) and human burial practices and funerals (OCM 764). Caches, which are also called “votive” deposits, are frequently buried during symbolically charged ritual events, and they can include unique cultural objects that have important cosmological meanings.

When archaeologists encounter caches as they excavate a site, they first characterize and describe the contents of these bundles and record detailed information about their location. Later, they use this information to interpret cultural meanings. Even though they are commonly encountered during excavations across the world, few archaeologists have written about caches as a cross-cultural phenomenon.

eHRAF Archaeology is a significant tool for conducting comparative research in archaeology, given that it contains books, articles, excavation reports, and other documents that are subject-indexed at the paragraph level. To demonstrate how eHRAF Archaeology can be used to facilitate cross-cultural research on specific kinds of artifacts (such as those found in caches), this article compares several examples of caches that are described in the collections. Included are an ancient Maya cache related to early Maya royalty, a South American cache possibly associated with divination, and caches of weapons that may have been hoards. At the end of this brief exploration, I describe the trouble archaeologists can run into when determining whether a cache is a ritual offering or whether it is an underground hoard meant to be accessed later. I conducted this brief survey of caches in eHRAF Archaeology by searching for “cache” and “votive deposit” in the keyword section of the Advanced Search.

In the Maya region, caches are one of the most commonly found types of assemblages, or object-groupings, that archaeologists encounter (Freidel et al. 1993, 235). Despite their ubiquity, they appear to have no practical function. If they were not used in a utilitarian manner, why were caches so common? What did they represent?

Exploring these questions in a groundbreaking study, David Freidel and Linda Schele (1988, 555-556) found that cached ritual offerings could provide a window into understanding how the Maya form of divine kingship was conceived during its early development in the late Preclassic period (400 BC to AD 200). Their study focused on one of the most illustrious Maya caches found at the site of Cerro Maya (formerly known as Cerros Belize). Known simply as “Cache 1,” this find was buried on a massive platform that contained several small temples (called an acropolis). The cache contained five carved stone heads (pendants) and a variety of ceramic, shell, and stone offerings (see Figure 1). 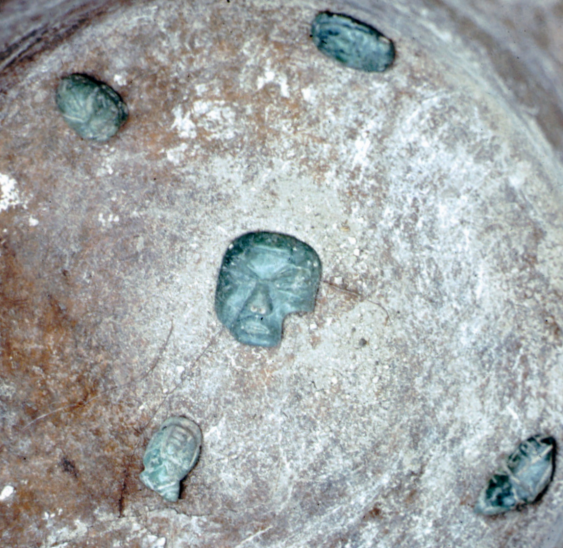 Exploring the symbolism in depth, Schele and Freidel (1992, 121) argued the Cache 1’s unique quincunx pattern (five carved stone heads in a cross arrangement with 4 carvings in corners and a central carving the middle) was symbolically designed to represent Maya beliefs regarding royalty and cosmological directionality. Most simply put, the four corner pieces represented the four directions and the central head represented the shaman lord who sat in the central axis of the cosmos. Cache 1 was an important find because it was one of the first discoveries that linked the Classic Maya form of shamanistic kingship to the Preclassic period (Freidel and Schele 1988, 556).

Building on this research, and using data found in excavation reports in eHRAF Archaeology, I argued in my 2016 dissertation that Maya caches found in residential and monumental architecture were deposited during the course of historically motivated ritual events. To understand the ritual events associated with these enigmatic bundles, I turned to ethnographic research to find a contemporary parallel.

I found that both Evon Vogt’s (1998, see also 1969) and Brian Stross’ (1998) ethnographic research described rituals where offerings were buried in architecture in a similar manner. Vogt (1998) described how contemporary Maya peoples in the highlands of Chiapas practice elaborate multi-day rituals that conclude with the burial of spiritually charged offerings. More specifically, Vogt found that when building new homes, the Maya believe that their homes require ritual practices which ensoul the architecture itself. For a home to become properly ensouled, spiritual energies in and around the architecture require the burial of offerings alongside prescribed rituals (burning of candles, prayer, etc). Noting the importance of this process, Stross found that elements of the ensouling rituals are connected to each stage of architectural construction (1998, 32). When ensouled correctly, the architecture provides proper and safe living spaces for Maya families (Vogt 1998). All said, contemporary Maya people view these ritual dedications as far more than symbolic gestures. Instead, dedicatory offerings are fundamental elements of a proper home.

In my dissertation, I argued that caches provide evidence that similar ritual practices probably existed at Cerro Maya and other Maya sites with caches. After exploring Freidel’s earlier excavation records, I found that caches were associated with both simple and complex dedicatory offerings deposited during architectural construction events. This included religious spaces (temples) and elite and non-elite residences (Cliff 1986). After considering the architectural spaces associated with each cache, I found that the dedicatory rituals enacted in these spaces would have either divided social groups or brought them together. With this in mind, my analysis concluded that caching events played important roles in the creation of social relationships in royal and non-royal circles while also serving as powerful markers of ritual history (Vadala 2016, 25). 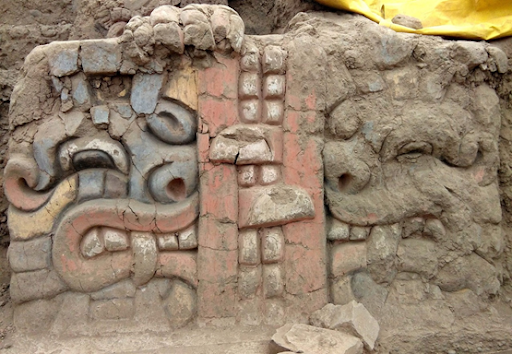 In a manner similar to Freidel and Schele’s symbolic interpretive approach, Richard Burger (1992) found that caches associated with the Chavín culture at the site of Garagay contained symbolic supernatural imagery related to emergent social hierarchy in the Chavín culture. Describing one such cache (which he calls a votive offering), Burger (1992, 63) says:

“Votive offerings left in the floor of that building have been recovered. Perhaps the most fascinating of these was a small piece of granodiorite wrapped in cotton thread, plastered with gray clay, slipped with shimmering specular hematite, and then painted with the image of a supernatural being with huge upper canines, and eyes with eccentric pupils. Cactus spines were tied to its sides as if representing staffs. Embedded in it was a small Spondylus shell bead brought from Ecuador.”

Considering the cache’s context, he noted that these objects were related to the symbolic imagery in the surrounding friezes (i.e., wall paintings – see Figure 2). Speculating on the symbolism of this iconography, Burger (1992, 64) suggests that:

Additionally, Burger noted that friezes near the cache contained spider-like elements. Describing the symbolic importance of spiders in South American beliefs, Burger (1992, 72) says, “Spiders were used in late pre-Hispanic times (and still are in parts of modern highland Peru) to predict the onset of rainfall and other agricultural matters.” Interpreting the presence of spider-imagery, Burger indicates the imagery could have been related to an Inca religious practice involving diviners (called paccharícuc) that “used spiders to foretell the future.”

Furthermore, Burger points out that the cache’s contents, the surrounding imagery, and temple location in a summit chamber “leave little doubt that the monumental architecture at Garagay was designed to provide an environment for religious ceremonies” for small groups of people (1992, 65). With Burger’s conclusions in mind, the cache could be viewed as the material remains of an agricultural ritual that occurred within a sacred temple, perhaps in the presence of a religious specialist similar to a paccharícuc diviner.

The Problem with Caches: Ritual Deposits or Hidden Hoards? 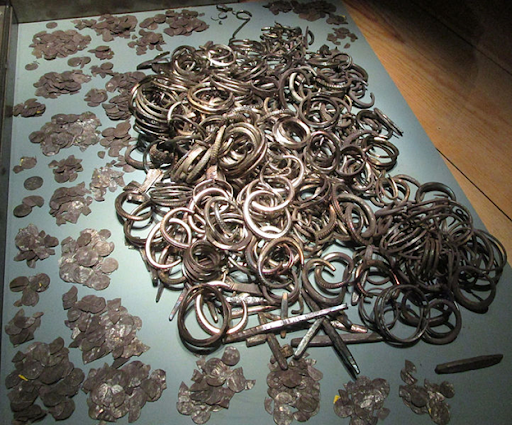 Figure 3: Silver hoard No. 2 from the Spillings Hoard at Gotland Museum. Photo by W. Carter, CC by A-SA 4.0 via Wikimedia.

With these examples in mind, it is important to note that caches do not always serve exclusively ritual purposes. In fact, it can be very difficult to distinguish ritual deposits—often intended to stay put over time—-from hoards, or stored bundles of objects that are intended to be accessed later. Because of this, it’s important to examine the contents of caches in terms of the possibilities of practical use.

Edward Banning and Brian Byrd’s (1987, 313) research delved into this issue while considering finds from the Aceramic Neolithic settlement at ‘Ain Ghazal, Jordan. Banning and Byrd argue that caches containing utilitarian offerings like flint blades can be explained in a variety of ways. For example, a cache found in an excavated house floor at ‘Ain Ghazal contained 2871 flint blades. It could be explained as simply a  bundle of blades that were intentionally stored together for further use, and perhaps lost. Considering the religious possibilities, it’s also possible that the burial of blades was associated with a lost burial or was actually a votive (religiously inspired) offering to specific deities or spirits. Working in southwest Sweden, archaeologist Ingegerd Särlvik uncovered caches associated with the Roman Iron Age and the Migration Period (1982, 76). In seeking to interpret these collections of objects, Särlvik considers a variety of previous interpretations regarding a “partially disbursed” cache of “one sword and thirty-eight spearheads” as well as an associated bundle of “sixteen gold objects” from the nearby farm of Högedsten. Previous researchers could not come to a consensus regarding the meaning and intent of these cache deposits. Like Banning and Byrd, they explored a variety of possibilities including votive offerings, a hoard of seal hunting implements, and the remains of a destroyed cemetery.

Together, Cache 1 at Cerro Maya (Freidel and Schele 1988) and the Garagay cache (Burger 1992) serve as striking examples of religiously inspired deposits. Additionally, my 2016 ethnographically-inspired research supports the interpretation that these buried objects carry important information about the development of Cerro Maya’s social history. That said, the archaeological record is not always so clear—especially when archaeologists lack ethnographic information or caches primarily include utilitarian items. Without the context of religious architecture and other outward signs of religious practice, caches containing utilitarian objects like those above must be interpreted as potential hoards. Although they may provide little insight concerning religious beliefs, hoards can give insights to ancient tool use, value systems, trading and more. In cases where the ritual intent is more clear, caches can provide a unique opportunity to explore specific beliefs, ideologies, and ritual events at ancient sites (Vadala 2016).

Ready to try your own cross-cultural exploration of an archaeological assemblage? HRAF offer 60-day trial access to eHRAF Archaeology (and/or eHRAF World Cultures) to all educational institutions across the globe. Or, you can start an individual 30-day trial instantly using our new online form.

Freidel, David A., and Linda Schele. 1988. “Kingship In The Late Preclassic Maya Lowlands: The Instruments And Places Of Ritual Power.” American Anthropologist 90: 547–67. http://ehrafarchaeology.yale.edu/document?id=ny52-003.

Särlvik, Ingegerd. 1982. Paths Towards A Stratified Society: A Study Of Economic, Cultural And Social Formations In South-West Sweden During The Roman Iron Age And The Migration Period. Stockholm Studies In Archaeology. Stockholm: Institute of Archaeology at the University of Stockholm. http://ehrafarchaeology.yale.edu/document?id=e087-004.

Schele, Linda and David Freidel. 1992. A Forest of Kings: The Untold Story of the Ancient Maya. New York: Quill/W. Morrow.

Stross, Brian. 1998. Seven Ingredients in Mesoamerican Ensoulment: Dedication and Termination in Tenejapa. In The sowing and the dawning: termination, dedication, and transformation in the archaeological and ethnographic record of Mesoamerica, Edited by Shirley, Mock. University of New Mexico Press, Albuquerque.

Vogt, Evon Zartman. 1998. Zinacanteco Dedication and Termination Rituals. In The sowing and the dawning: termination, dedication, and transformation in the archaeological and ethnographic record of Mesoamerica, Edited by Shirley, Mock.  University of New Mexico Press, Albuquerque