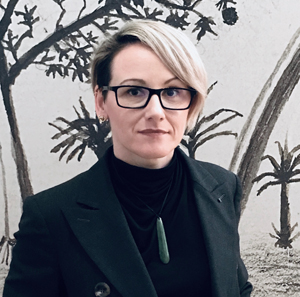 Fiona Jordan is Professor in Anthropology at the Department of Anthropology & Archaeology, University of Bristol, where she is PI of the excd.lab on the Evolution of Cross-Cultural Diversity. There are two parts to the group’s enquiries: Why do humans–a single species–have so much variation in behaviour and culture? But: Why don’t human societies vary more? Her cross-cultural research combines methods, data, and theory from biology, psychology, anthropology, and linguistics, with a focus on cultural phylogenetics: understanding cultural diversity using the same statistical tools that biologists use to investigate evolutionary and diversity processes in other species. She is particularly interested in kinship, language, and natural resources, and her primary region of interest is the Austronesian-speaking world. Recent projects on the cultural evolution of kinship diversity have been funded by the European Research Council, the Leverhulme Trust and the British Academy; and work on the linguistic and dynamics of the transmission of narratives was funded by the Max Planck Society.