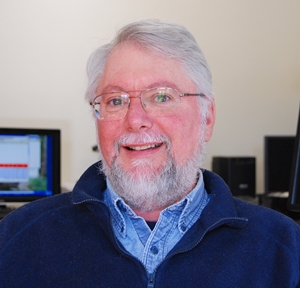 Leon Doyon holds a BA from Tulane and an M.Phil. from Yale in anthropology. He was the director of the La Florida Archaeological Project in Quito, Ecuador from 1984 through 1989. In addition to the prehistory of the Intermediate Area of the Americas—on which he has authored several articles—he is interested in ceramic and materials analysis, and in the origins of sociopolitical complexity. Thanks to interests in photography and computers since high school, Leon began a part-time job at HRAF processing graphics for the web in 1999 and in a matter of days was appointed systems administrator. He also became an occasional analyst, called upon for Spanish language documents and volunteering whenever a collection falls in his area of interest (most recently, the highland Ecuadorian Quichua). By 2004 these added up to a full-time job. Taking over as managing editor after the retirement of Marlene M. Martin, he has only recently has managed to pass on most of his preexisting duties to focus instead on database development. In his leisure time, Leon enjoys camping, kayaking, and reading about US history.