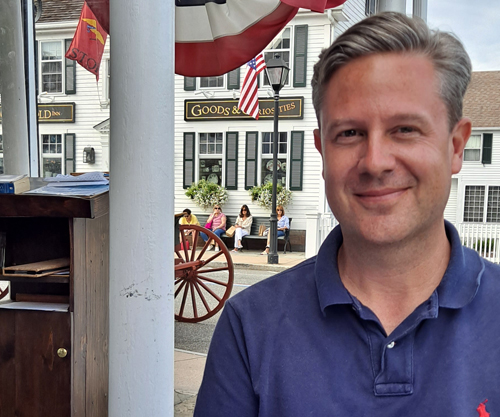 Director of Membership and Outreach

Matthew Longcore is the Director of Membership and Outreach for the Human Relations Area Files at Yale University. He also teaches Anthropology and Archaeology as an adjunct faculty member at the University of Connecticut.

Matthew oversees of the outreach and membership department. He manages marketing and public relations initiatives for membership retention and expansion. Matthew creates educational materials including the eHRAF Workbooks and incorporates them into teaching. He corresponds with faculty, students, librarians, and researchers at current and prospective member institutions. Additionally, Matthew represents HRAF at conferences including the American Anthropological Association (AAA), the Society for American Archaeology (SAA), and the Association of College and Research Libraries (ACRL).

His master’s thesis at Yale was titled “Dreaming Spires: The archaeological, cultural, and sociological significance of English Collegiate Gothic architecture on American campuses”. The thesis focused on the medieval English inspired Gothic Revival architecture on American campuses built in the late 19th and early 20th centuries, including the buildings of architect James Gamble Rogers at Yale. Matthew’s interest in architecture also developed into a research project in which he analyzed the stained glass windows crafted by artist G. Owen Bonawit at Yale University’s Hall of Graduate Studies. As a recipient of the Michael Coe Fieldwork Fund, he participated in an excavation project led by the Office of State Archaeology. The site in South Glastonbury, Connecticut dates back to the mid-17th century and is an important historic period archaeological site representing one of the earliest English settlements of the Connecticut River Valley.