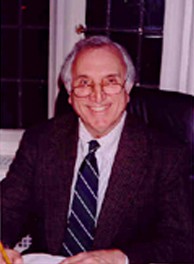 [The following was written shortly after his death in September of 2009.]

Among his colleagues Melvin Ember will be remembered as an eminent cultural anthropologist and a leader in cross-cultural research. Researchers at the nearly 400 institutions worldwide that subscribe to the services of the Human Relations Area Files (HRAF), a repository of scholarship and searchable full-text databases at Yale University, are likely to note that he led the archive into the digital age, providing researchers with over a million units of information online about cultures past and present throughout the world. But for over 1.5 million readers (in English, Italian, Spanish, Chinese, and Hindi), the name Ember may well be synonymous with their first systematic study of what it means to be human. Anthropology and Cultural Anthropology, standard college textbooks published by Prentice Hall that will soon appear in updated 13th editions [now in their 14th editions], have been continually in print since Ember and his collaborator and wife, anthropologist Carol R. Ember, wrote the first editions, published in 1973.

The “particular pleasure” of describing “complex matters in ways that can be easily understood,” as he wrote in 2009, and a born leader’s ability to inspire others to join in his mission characterized Mel Ember’s prolific writing and editing career. As a writer, he developed a style that was free of pretense, generous in its clarity, and respectful of its audience. As an editor, he was enterprising and collaborative. When he developed sourcebooks of ethnography, archaeology, and cultural and physical anthropology, he might easily have anthologized the published work of specialists. Instead, he commissioned those very specialists to write original essays, with the admonition that the work be jargon-free and accessible to a general audience. Among the many reference works he edited or co-edited are eight multivolume encyclopedias, among them a compendium on prehistory and one on American immigrant cultures.

Mel Ember’s scholarly life was devoted above all to cross-cultural research. He fervently believed that the work of anthropologists around the world and across time could be used to test theories about human behavior. He maintained that “reasonable” explanations were merely hypotheses to be systematically evaluated in light of the available evidence. A “primer,” as the Embers (co-authors again) sometimes called their introductory book Cross-Cultural Research Methods (AltaMira Press, 2002; 2nd edition, 2009), revealed the depth of understanding and balance Ember brought to the methodologies of his field. Critically acclaimed, the book was singled out (in a CHOICE magazine review) as “written from a well-informed ethnographic and mathematical background,” with “no inclination to gloss over the uncertainties and shortcomings of the comparative approach.”

Ember maintained an active research career until the last years of his life, during which he continually revisited those “uncertainties and shortcomings.” In his own work, “Mel had no fear of being wrong along the path to understanding,” one of his co-authors and colleagues, Burton Pasternak, observed, “because his ego never got in the way of giving full attention to, and having respect for, alternative ideas and explanations.” His cross-cultural studies in collaboration with other scholars or alone on kinship, marriage, war, aggression, peace, language, and other topics, yielded over eighty scientific and professional articles, and many of them were supported with grants from the National Science Foundation. He served as editor of the journal Cross-Cultural Research from 1982 until his death. When he arrived in New Haven in 1987 to become President of HRAF, in many ways he was coming full circle to his natural intellectual home after two decades spent “in the field,” conducting research and teaching.

He had completed his graduate studies in Anthropology at Yale (Ph.D., 1958) under the mentorship of George Peter Murdock, who is credited with laying the groundwork for a systematic approach to cross-cultural research and for compiling the “Cross-Cultural Survey,” a compilation of anthropological descriptive data, subject-indexed by paragraph, which became the early basis of HRAF. Ember was well-primed for Murdock’s teachings, having studied with Elman Service and Morton Fried, prominent cultural anthropologists at Columbia University (B.A., 1953), and having already developed an appetite for cross-cultural research. He undertook his field research, that rite of passage of anthropology, in American Samoa. Unlike most fieldwork, which focuses on one community over a year or so, his study entailed three communities, chosen according to their distance from the commercial center, to assess the effect of commerce on political change. Like this first study, his subsequent research would be explicitly comparative and empirical.

Ember was a research analyst and a faculty member at the National Institute of Mental Health (1959-63) before he taught at Antioch College (1963-67) and then at Hunter College of the City University of New York (1967-1987). When he became chairman of Hunter’s Anthropology Department (1968-73), he expanded the program substantially by attracting new faculty from major institutions nationwide. He went on to serve as Executive Officer of the Ph.D. Program in Anthropology at CUNY’s Graduate Center (1973-75). He was, according to a peer from his teaching days, “forever patient with students and colleagues.”

As President of HRAF, a post he held until his death, Melvin Ember advanced the two-part goal of the resource center: to build a searchable collection of descriptive primary sources on all cultures of the world and to foster its use in comparative research that would ultimately offer explanations of human behavior that are not culturally bound. Toward that end, he also created the Collection of Archaeology, an archive of source materials that would supplement the ethnographic holdings. The holdings of HRAF have historically been searched through an indexing system of over 700 topical categories from the Outline of Cultural Materials. The digitization of materials under Ember’s stewardship, by enabling users to search any word electronically, effectively eliminated redundancy and expanded search capabilities beyond the index.

Melvin Ember is survived by his wife, Carol, who was his ever-constant collaborator in life and work, his brother, Norman, his children, Matthew and daughter-in-law Laurie, Rachel Ember and son-in-law Jeffrey Porter, Katherine Ember Levy and son-in-law James, and Julie. He is also survived by four grandchildren: Sydney, Jamie, Emily Porter, and Jacob Porter. Mel’s life was enriched by his genuine interest in others and his easy rapport with a wide variety of people. He relished living well—good company, a fine meal, a sunny day on the beach, setting sail on a New Hampshire lake—nearly as much as his work. He had a quick wit and much delighted in humor. He wished to be remembered not with a funeral, he told Carol, but with a party: friends and colleagues gathered together in good cheer, prepared to tell jokes. No doubt more than one will think to say, “You are missed already, Mel. No joke.”