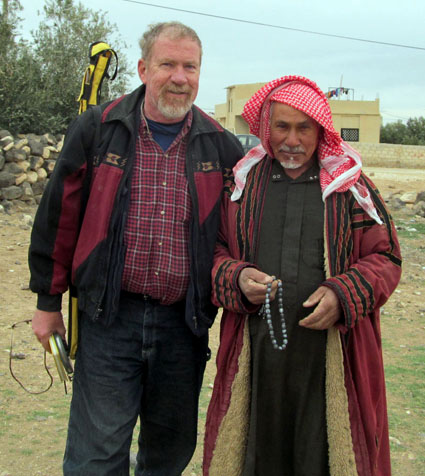 I discovered the HRAF during graduate school in the 1980s, and loved the fact that it was full of sources “absent” from the graduate school’s library. My first year of teaching was in 1986 and I decided that undergraduates could definitely learn how to use the HRAF. That was the microfiche era, just after the stone age.

In 2015, I use eHRAF assignments in every undergraduate class that I teach for St. Louis Community College. eHRAF Archaeology is used in ANT 101 (Introduction to Archaeology/Physical Anthropology). eHRAF World Cultures in ANT 102 (Cultural Anthropology), PHL 103 (World Religions) and IDS 201 (Primal Mind).

My favorite strategy for using eHRAF in a classroom is to give each student a unique search topic. For example, this week, students in World Religions were learning about Hinduism. Each student was assigned a specific eHRAF culture group that practices Hinduism. Each student posted an on-line essay (through Blackboard) about the group they studied, then each student comment on two student posts. One student in the class was born in India and raised as a Hindu. She was fascinated by the range of rituals and beliefs between so many different ethnic groups that all share Hinduism as a common denominator. She shared that fact in an on-line comment to another student’s essay. Some student essays focused on rituals, some on beliefs of purity, monasticism, and even the intersection of belief and sexual behavior. I enjoyed reading the essays and sometimes double check their eHRAF citations. Yes, the student who wrote about the intersection of Hinduism and sexual behavior got the most responses.

Students in World Religions will write discussion board essays using the eHRAF during 8 weeks of the semester. By that time, they will have lost all hesitation about reading/learning from an on-line source. The brightest students immediately see how to use eHRAF in other classes.

I use eHRAF for more than teaching… I was doing archaeological/ethnographic fieldwork in Jordan during 2015. A Bedouin informant told me about the songs that Bedouin used to sing to the camels while on long caravans. My informant was too young to know the songs. That evening, I went to the eHRAF and found the perfect description of such songs from an ethnography written between WWI and WWII. That allowed me to sharpen my questions for my informant, and also added a footnote to the report that I prepared on the research. I do more than teach with eHRAF. I constantly use it in my research in both North American archaeology and Middle Eastern cultures.

One last comment, the staff of eHRAF are some of the best individuals in terms of supporting their users/clients. They listen to my ideas as presented in emails, phone calls and visits to Yale. They listen, and fine tune a few rough spots that my students have encountered. There is no better on-line tool in my career than the eHRAF.