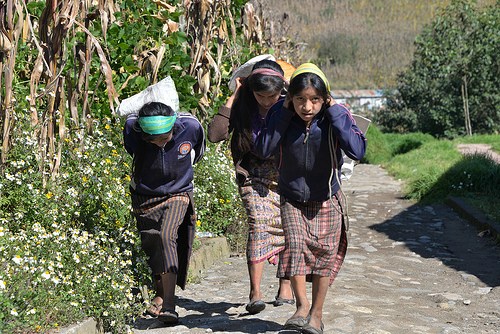 What is a “normal” childhood? Childhood, child-rearing and care-giving are all areas of human development which are largely taken for granted from within a single culture. However, approaches to childhood and children vary greatly across countries and peoples around the world. Cross-cultural research using the eHRAF World Cultures and eHRAF Archaeology databases allows us to compare and contrast aspects of childhood between cultures.

Since the 1950s, cross-cultural researchers have studied cultural variation in the treatment of infants and children and have produced numerous publications on the possible causes and consequences of these variations. But the anthropology of childhood has recently gained more prominence in academia, perhaps aided by Professor David Lancy’s comparative books, The Anthropology of Childhood: Cherubs, Chattel, Changelings (2015), Anthropological Perspectives on Children as Helpers, Workers, Artisans, and Laborers (2017), and Raising Children: Surprising Insights from Other Cultures (2017). Using past and present examples from all regions of the world, in the first book, Lancy reveals alternate cultural notions of children who can be treated by parents and care-givers as innocent beings, annoying inconveniences, or commoditized possessions. The second book focuses on the importance of “helping” in early childhood that commonly transitions to work in middle childhood. The third book puts Western parenting into perspective by comparing parenting practices with those of other societies.

Lancy has captured parental fascination beyond academia by challenging much that is so familiar about childhood in Western society. As the author explains: “I’ve had some success at weakening the intellectual monopoly that western, middle class culture holds on ideas about child rearing and child development. A very thorough review of childhood—aided immeasurably by eHRAF— from the ethnographic archives has allowed me to offer a cross-cultural and distinctly different account of “normal” childhood.”

In so-called WEIRD (Western, Educated, Industrialized, Rich and Democratic) societies, the responsibility is largely placed on parents or parental figures to not only nurture their children, but also teach them and guide their intellectual and social development from as early on in the lifespan as possible – including attempts to influence the fetus in utero (Lancy 2010: 80). This proactive and instructive approach, which can involve singing to a baby in the womb and providing educational toys with parental guidance throughout childhood, contrasts sharply with the approach to child development found in most non-WEIRD societies.

Ethnographic examples from the eHRAF World Cultures database effectively illustrate some of the ways that culture influences childhood development. While Western parents may be more familiar with the cultural notion that child-rearing demands a hands-on approach from caregivers until the child is self-sufficient, other cultures might leave children to explore freely as a form of self-education. They may be left to “find their own way” from a much younger age than Westerners are accustomed to. Furthermore, a child’s personhood status may be acknowledged earlier or later on in the life-cycle in some societies compared with others. 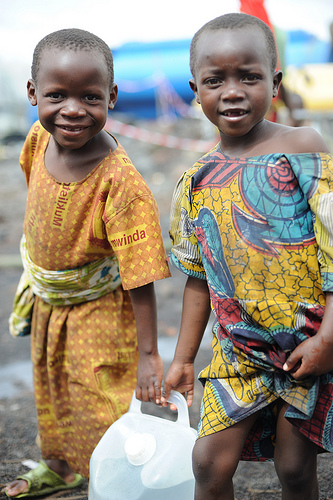 Girls carrying water together in Ghana. Photo by Julien Harneis

Among the Igbo of Nigeria, for instance, Basden (1966: 65) finds that “from the age of about three years, the Ibo child is reckoned as sufficiently advanced to be left more or less to its own devices. It begins to consort freely with children of its own age or company (otu) and to take its share in work and play.”

How children are treated can depend on cultural factors that include subsistence type, economic activity, family or community structure, and residence patterns. In some societies, infants are protected and insulated by parents for long periods; while in others, independence and resilience are expected from a young age and children are rarely excluded from adult activity; rather, they are readily integrated into the domestic economy.

For the Semai, a hunter-gatherer people from Malaysia, parents do not programmatically teach their children specific life or work skills as this would be coercive and detrimental to the child:

“Semai emphatically deny that they teach their children.  A  man might say, “We don’t worry about our children.  We don’t mess with them.  They grow up here in the jungle like animals.  We look after ourselves, they look after themselves.” (Dentan 1978: 98).

Children tag along after adults, especially parents or grandparents, imitating their activities in ways that shade imperceptibly into helping out. … When no adults are around, children often play at adult activities by themselves (Dentan 1978: 126-127).

Similarly, parents do not expect to safeguard children from all the potential dangers of day-to-day life Unlike members of WEIRD society, daily adult activities, like handling sharp tools, are not off-limits to children. For the San (hunter-gatherers) in Southern Africa:

The relationship between children and adults is easygoing and unselfconscious. Adults do not believe that children should keep to themselves: be seen but not heard. The organization of work, leisure, and living space is such that there is no reason for confining children or excluding them from certain activities. Everyone lives on the flat surface of the ground; hence there is no need to protect children from falls or from becoming entrapped behind doors. With the exception of spears and poisoned arrows, adult tools do not constitute a hazard to children. Those weapons are simply kept hanging in trees or wedged on top of a hut, safely out of reach. When the men are making spear and arrow points, they do not attempt to exclude children … from the area (Draper 1976: 205-6).

Naturally, hunger-gatherer parents need to be more cautious and restrictive outside the settlement, where their children likely face danger from predators and the harsh environment. The two above examples from hunter-gatherer societies show some common traits; namely that the type of subsistence and resulting structure of society along with close proximity to extended family and other community members enable “teaching” to happen communally. The lines between work and play as children learn and grow are not especially clear and child behavior is not always monitored or corrected.

In societies where the division of labor is more rigid, however, we might alternatively note that children are expected to do their full share of grown-up work as soon as it is possible for them to contribute.

In pastoralist Kurdish society in Iraq, Hansen (1961: 49) finds that children play a role in the differentiation of labor, with jobs specifically designated for them: “The woman who makes the tea has nothing to do with serving it, and never moves from her position behind the samovar… As a rule it is children’s work. From the time they are able to balance across the floor with a tea glass and saucer in the one hand they take part in this ceremony.”

Similarly, Tongan children grow up in a horticulturalist society where they “begin to practice tasks before they are expected to be capable of doing them. Toddlers try to sweep up leaves, cut the grass with a machete, or peel vegetables and are usually allowed to handle the tools required for such tasks” (Lee 1996: 160). 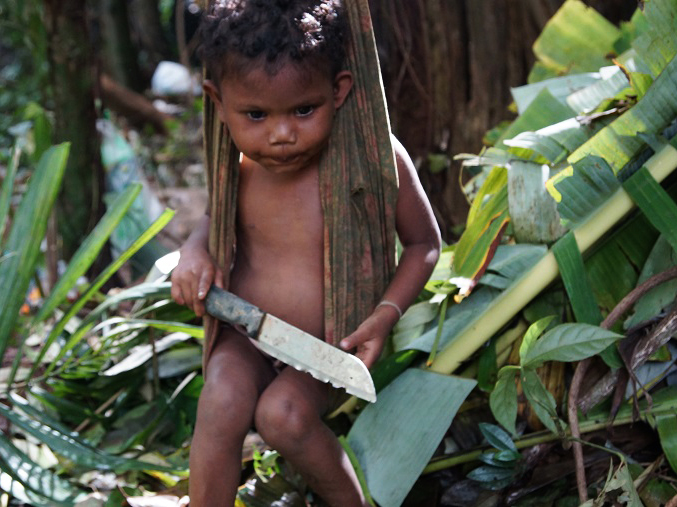 Young girl from the Maniq tribe in southern Thailand. The Maniq are one of the few hunter-gatherer groups in Southeast Asia.” photo credit: Khaled Hakami (Anthropologist, University of Vienna), September 2014.

Other parents may intervene in more focused ways to shape their children’s development. For example, Caughey (1977: 42) explains how Chuuk parents in Micronesia intend to foster desirable character traits in their children:

This concern is partially reflected in the earliest socialization techniques, such as administering magical medicines to infants. For example, one secret concoction known as “bravery medicine” (sáfeyen pwara) is supposed to help produce this trait in a child’s character. An elder whose grandson had been treated with such medicine observed proudly that the two year old child did not “laugh a lot like a woman”, liked to play with a huge machete, and did not flinch when the medical expert experimentally jabbed knives at his face.

The image of a small child waving a machete may be commonplace in many societies and yet may cause extreme discomfort for those living in WEIRD societies. This contrast reveals how very different notions of “normal” childhood exist throughout the world. What is normal, ordinary, or extreme varies from place to place and culture to culture. Cross-cultural research supported with rich ethnographic context like that found in eHRAF World Cultures database not only enables us to discover differences between cultures, but, equally importantly, to find commonalities that may hold true universally across human populations.

Basden, George T. 1966. Among the Ibos of Nigeria: an account of the curious and interesting habits, customs and beliefs of a little known African people by one who has for many years lived amongst them on close and intimate terms. London: Cass. eHRAF World Cultures Database http://ehrafworldcultures.yale.edu/document?id=ff26-006, accessed 05 Feb 2015.

Lancy, David. F. 2010. Learning ‘From Nobody’: The Limited Role of Teaching in Folk Models of Children’s Development. Childhood in the Past 3: 79-106.