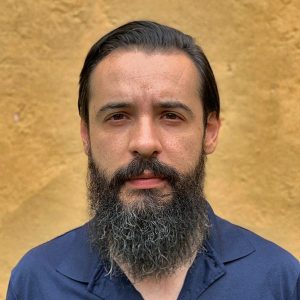 José Manuel Rodríguez Arce is an independent researcher based in Costa Rica. Primarily an autodidactic, transdisciplinary inquirer, José holds a bachelor’s degree in Biology and is currently pursuing a second BSc degree in Anthropology at the University of Costa Rica (UCR), in San José. He was previously research assistant at the Neuropsychopharmacology Laboratory, Faculty of Pharmacy and at the Carlos H. Aguilar Piedra Archaeology Laboratory, School of Anthropology, both at the UCR.

José is the originator, in collaboration with shamanism expert Dr. Michael J. Winkelman, of the Psychedelic Instrumentalization model of human evolution (paper available at: https://doi.org/10.3389/fpsyg.2021.729425). This is an empirically testable version of Terence McKenna’s so-called “stoned ape theory” that posits psychedelics helped humans both create and respond to an obligatorily cooperative, social-learning-dependent lifestyle—the socio-cognitive niche.

José’s past work has addressed, through animal models, the effects of unpredictable chronic stress on the development of pain, anxiety, depression, and psychotic disorders, focusing on the ingestion of psilocybin mushrooms (a type of hallucinogenic fungi) as a way to prevent and treat these kinds of stress-derived conditions. He was also involved in the classification and microscopical analysis of the Paleobotanical Samples Collection at the C.H.A.P. Archaeology Laboratory.

In addition, José has engaged in the historical, ethnographic, and archaeological sciences to investigate the presence and cultural significance of the consumption of psychoactive plants and mushrooms among the indigenous populations that inhabited the current Costa Rican territory during pre-Columbian time periods (research available at: http://dx.doi.org/10.1556/2054.2019.010). This work was done in collaboration with archaeologist Lic. Marco Arce Cerdas, the Collections Management Director of the Museums of the Central Bank of Costa Rica.

José’s current research focuses on universality and diversity in human psychoactive drug use. He is interested in exploring available ethnographic and behavioral data in order to gain a more accurate view of why humans have a predilection for consuming certain mind-altering substances and how this preference has evolved in our species.

Is psychoactive drug use universal? What kinds of behaviors are associated with intoxication, and how do they vary among societies? Is hallucinogen use more prevalent among foragers than agriculturalists (as predicted by the Psychedelic Instrumentalization model)?

In order to answer these and other related research questions, José is building a database that systematically aggregates and analyzes cross-cultural information on psychoactive drug use. His main objective is to quantitatively characterize the ingestion of mind-altering substances worldwide, with a focus on hallucinogen use. To accomplish this, José will be employing the eHRAF World Cultures research database.

It is hoped that this work will help provide a quantitative answer to the question of the ubiquity of inebriation, and that it will be useful for empirically testing the hypothesis that ingestion of psychedelics acted as an enabling factor in human adaptation and evolution.

HRAF is honored to welcome José Manuel Rodríguez Arce as one of our HRAF Global Scholars for 2022. We wish him continued success with his research.