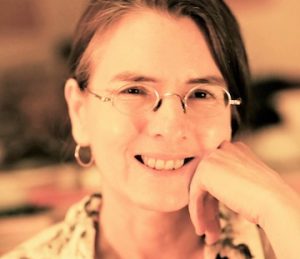 Dominique Raby received her Ph.D. from the Université de Montréal in 2001 and she is currently full professor of Anthropology at the Colegio de Michoacán in Mexico, an institution dedicated to research and graduate studies. In her Ph.D. thesis, she studied gender representations and women’s voices in Nahua (Aztec) ancient literature. She also holds a BA degree in Classical Studies and Anthropology, and a MA degree in Anthropology from the same university. In her Master’s thesis, she analyzed the ceramic of a pre-Aztec archeological site. For the past twenty years, Dominique conducted research on gender, violence and contemporary women’s knowledge in the Nahua Alto Balsas region in Mexico, where she learned to speak Nahuatl – all this only possible thanks to the generosity and collaboration of Nahua families, artists, students and intellectuals. Her studies and research received financial support from the Fonds de recherche du Québec, the Social Sciences and Humanities Research Council of Canada, and the Consejo Nacional de Ciencia y Tecnología in Mexico. Dominique is also a member of the Indigenous Peoples’ Research and Knowledge Network (DIALOG, Institut national de la recherche scientifique, Montreal), an international network dedicated to building bridges between scientific and Indigenous knowledge, in a spirit of respect, reciprocity and co-construction.

As a professor working and teaching in a university situated in a rural region, digital resources have always been fundamental for Dominique’s research. Although the Colegio de Michoacán shelters one of the most well-stocked Social Sciences library in Western Mexico, it can’t provide for every research need, while access to academic journals and databases is constantly threatened due to budget cuts. Dominique had the chance to consult the HRAF files for the first time while a postdoctoral researcher at the Laboratoire d’anthropologie sociale (LAS, College de France, Paris) in 2004. The famous anthropologist Claude Lévi-Strauss, founder of the LAS and its library, designated the HRAF files in French as “a documentation center for comparative ethnology”. Dominique was convinced that eHRAF World Cultures could be instrumental for her new anthropological research project, theoretically inspired by the recent resurgence of comparative ethnology.

In the first part of her ongoing research, she analyzed how some objects related to women, feminity and the female body, namely water jars and clothes, are at the center of domestic emotional events in Nahua families. Embedded in a logic of mother-child relations, the artefacts are used to soothe the sadness of separation from loved ones, cure diseases of the soul or strengthen vulnerable ones against the devastating effects of domestic violence. The results were published under the title “Calling through the water jar: Domestic objects in Nahua emotional assemblages” in HAU: Journal of Ethnographic Theory (2019). In this essay, Dominique also noticed that similar objects can be found in other societies, although studies of the phenomena are scarce. Yet studying these objects cross-culturally is important because they have a potential to be – and sometimes already are – part of grassroots struggles or social policies addressing violence against women, from a local perspective. Additionally, evidence of their presence in European societies prevents from interpreting these objects as curiosities emerging from “exotic” symbolic systems. Dominique is now carrying out the comparative part of her research project. She sees her multidisciplinary background in artefacts and ancient documents analyses, and the study of contemporary Indigenous knowledge, as an asset in this new challenge.

Dominique explains how useful eHRAF access has been to her ongoing research:

The HRAF Global Scholars program is invaluable in addressing some of the fundamental questions in my ongoing comparative research. How widespread really are those artefacts and how are they traceable in ethnographic and archaeological studies? Are they always directly associated to maternity? Do their distribution in patrilineal, matrilineal/matrilocal and cognatic societies corresponds to the expected one? Which characteristics seems to favor a ritual use? How are female bodies and maternal relations valued and echoed in the society? And ultimately, how are these articulations associated with the artefact link to violence resolution? In my opinion, this opportunity given by the HRAF for one-year access to the eHRAF databases, both individual and institutional, is a remarkable and important initiative to encourage global research.

HRAF is honored to welcome Dr. Dominique Raby as one of our HRAF Global Scholars for 2022. We wish her continued success with her research.