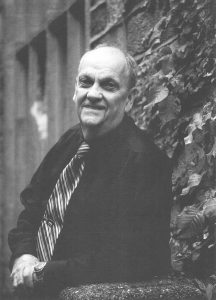 Human Relations Area Files celebrates the life and achievements of John Beierle, HRAF Analyst and one of Yale University’s longest-serving employees. John dedicated 52 years at Yale to the pursuit of cultural knowledge, guided by a passion for – in his own words – “learning something new every day”. It is with great sadness that we announce his passing on September 29, 2021.

John earned his bachelor’s degree from the University of Connecticut, followed by a master’s degree in Anthropology and Sociology from Syracuse University. He then went on to pursue what would become a lifelong study of cultural anthropology with HRAF, first joining us in 1959. Having been familiar with HRAF’s cross-cultural resources for his own undergraduate and graduate research, John was delighted to be hired by HRAF first as a part-time librarian. He later became an analyst.

John was fascinated with his work at HRAF. With each new day, he immersed himself in cultural exploration through the “files”, and he eventually became a Senior Analyst. In this role, he routinely read about 15,000 pages of ethnographic text each year in the process of indexing our collections of ethnography and archaeology for the eHRAF databases.

John’s voracious appetite for cultural knowledge made him the perfect person to analyze documents using HRAF’s Outline of Cultural Materials, a process unique to HRAF’s human-indexed collections. The OCM contains subject categories describing over 700 aspects of human activity, and is used to index both eHRAF World Cultures and eHRAF Archaeology. Analysts add subject categories to every paragraph in every document in the databases. While this process is done on a computer today, John began indexing by hand at HRAF when our files were still on paper.

Over 500 HRAF member institutions and countless scholars of comparative studies of human society, culture, and behavior continue to benefit from John’s document analyses from his long tenure at HRAF. Many of the documents in the eHRAF World Cultures database today were indexed and analyzed by him. You can find his indexing work and culture summaries throughout eHRAF. John was also responsible for training several protégés: all of the current HRAF analysts on our staff, who each speak highly of his mentorship. 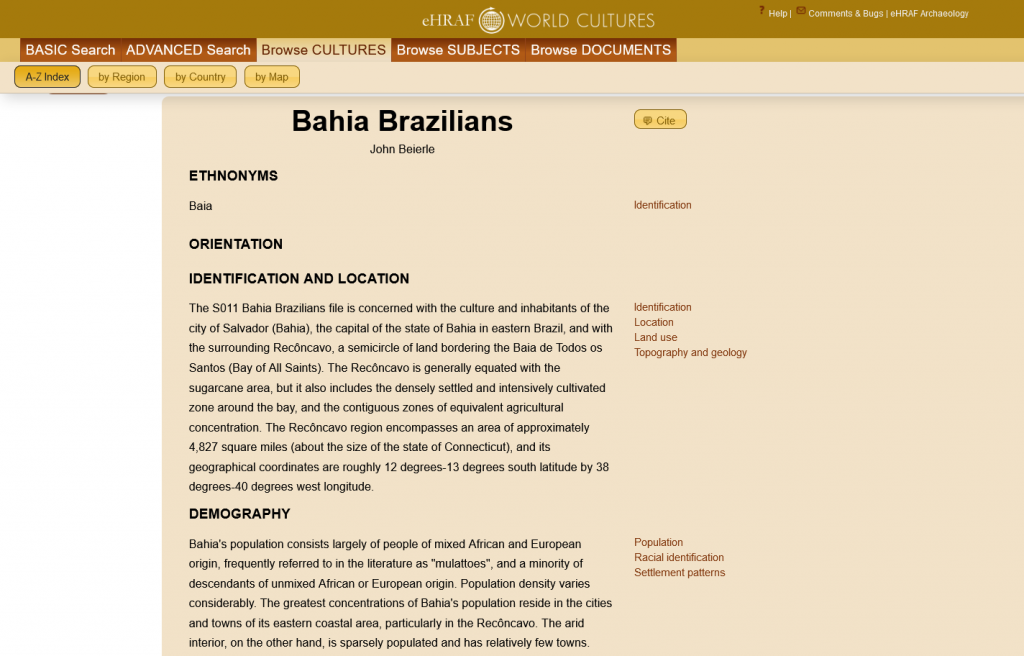 While his personal areas of interests were mostly North and South American cultures, John saw every new document collection that came across his desk as an opportunity to explore the vast cultural diversity of the world from his office at HRAF in New Haven, Connecticut. His excitement for discovering all he could about different peoples and places is at the heart of why eHRAF has become an indispensable database for generations of anthropologists.

Friends and colleagues fondly recall that John was especially tough to beat to work. He was routinely the first person to arrive at the office early every morning. He would also regularly treat his co-workers to a box of doughnuts or other snacks to share in the office. In addition to his dedicated work schedule, he was also known as the resident animal-lover and bat-catcher, safely rounding up colonies of bats that would sometimes wander into the HRAF building. When a stray cat was found hanging around the HRAF premises, John felt obliged to adopt the ill-tempered feline into his own home.

Upon his retirement, John had spent over half a century at HRAF and Yale University. Please join us as we celebrate his life and achievements. We will long remember his kindness, camaraderie, and generosity of spirit, alongside a passion for cultural knowledge and its pursuit, which lives on in eHRAF as a fitting tribute to his legacy.