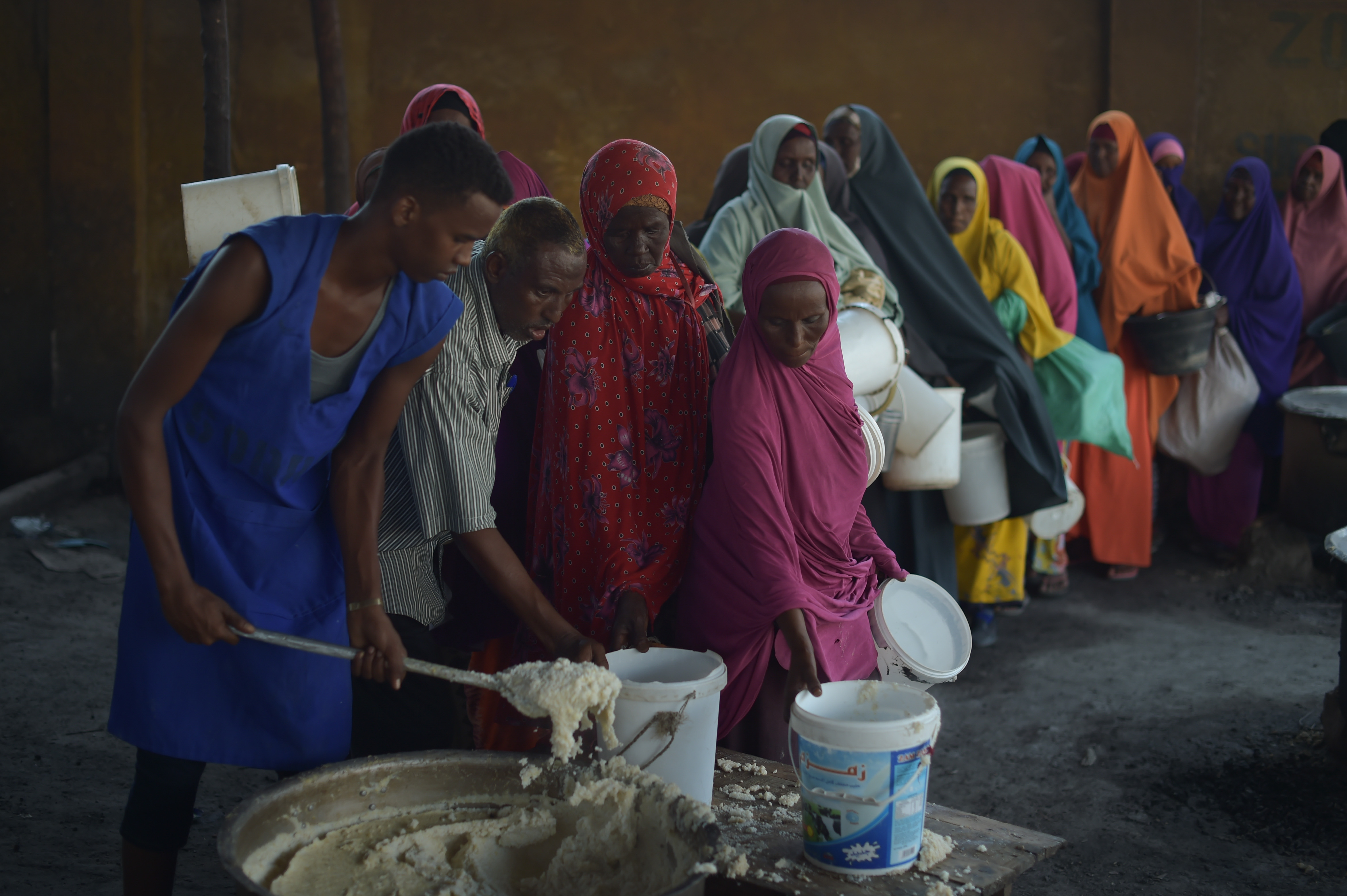 Women line up at a feeding centre in Mogadishu, Somalia, on March 9, 2017. AMISOM Photo/Tobin Jones

There is enormous interest in the evolution of cooperation in both the animal kingdom and among humans. This focus on cooperative behavior is a necessary corrective to longstanding emphasis on competition in evolutionary models. Some scholars even argue that natural cooperation should be promoted as the third principle of evolution (Nowak 2006). With humans, the debate centers on the extent to which cooperation is ingrained in human culture and biology.  Finding the balance between culture and biology in human evolutionary models is key. For example, although apes do not share as widely as humans, some primatologists argue that apes do express empathy and have a sense of fairness (de Waal 1997).

The idea that humans are deeply cooperative comes largely from studies of hunter-gatherers who display a great deal of giving to others without expectation of a direct return, suggesting to some scholars that cooperation is a long-standing practice, if not part of human nature.   In our study (Ember, Skoggard, Ringen, & Farrer 2018) of contemporary nonindustrial societies, we show that customary food and labor sharing outside the typical household across societies is universal. But although some sharing is ubiquitous, societies vary widely in the types and frequency of customary sharing practices.  Resource stress appears to be an important predictor of sharing; societies subject to more resource stress (including chronic scarcity or climatic events that seriously destroy food supplies, such as floods or droughts) do share more frequently. We argue that sharing is an adaptive practice in unpredictable environments because it minimizes risk for individual households. These findings underscore the continued importance of understanding the possible effects of environment on human behavior, particularly  in this era of the Anthropocene, as climate change will no doubt impact our future evolution. 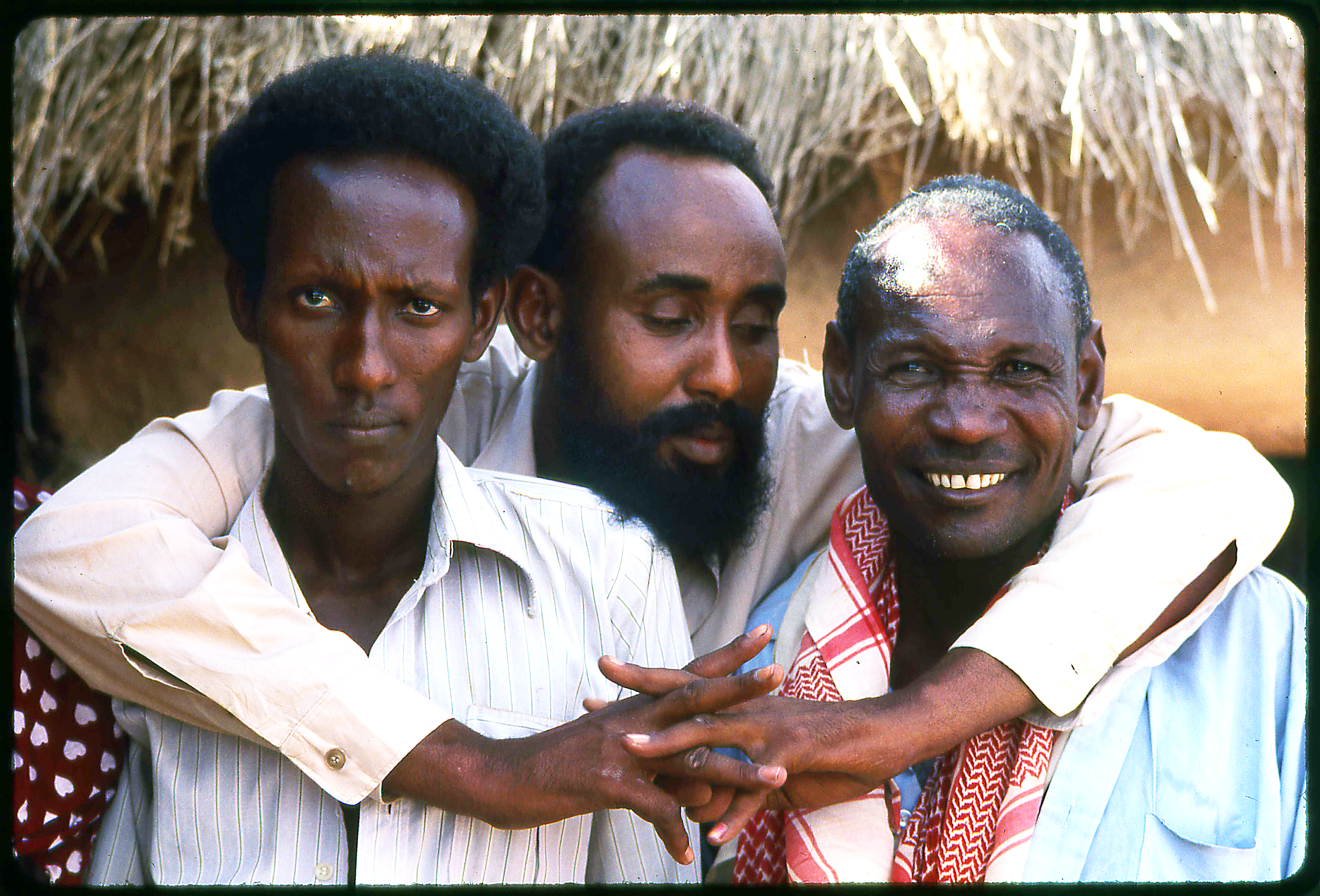 In our research  we found that many cultures have a general ethos of sharing. For example, Khalka Mongols when traveling do not have to pack any food because can rely on the hospitality of people along the way (Vreeland 1957, 93).  The Egyptian Fellahin practice hospitality believing that one who is hospitable will never suffer (Ammār 1954, 82).  Examples of food sharing include the Nuxalk, or Bella Coola, of the Northwest Coast of North America, where a passerby would be invited to share food at mealtimes (McIlwraith 1948, 285).  In Central Thailand, households practice daily alms-giving (Hanks 1972, 82) and the Miskito of Nicaragua exchange food daily among neighbors and relatives in the village (Helms 1971, 84). With regard to labor sharing, the Mbuti of central Africa form cooperative hunting groups of a few families. 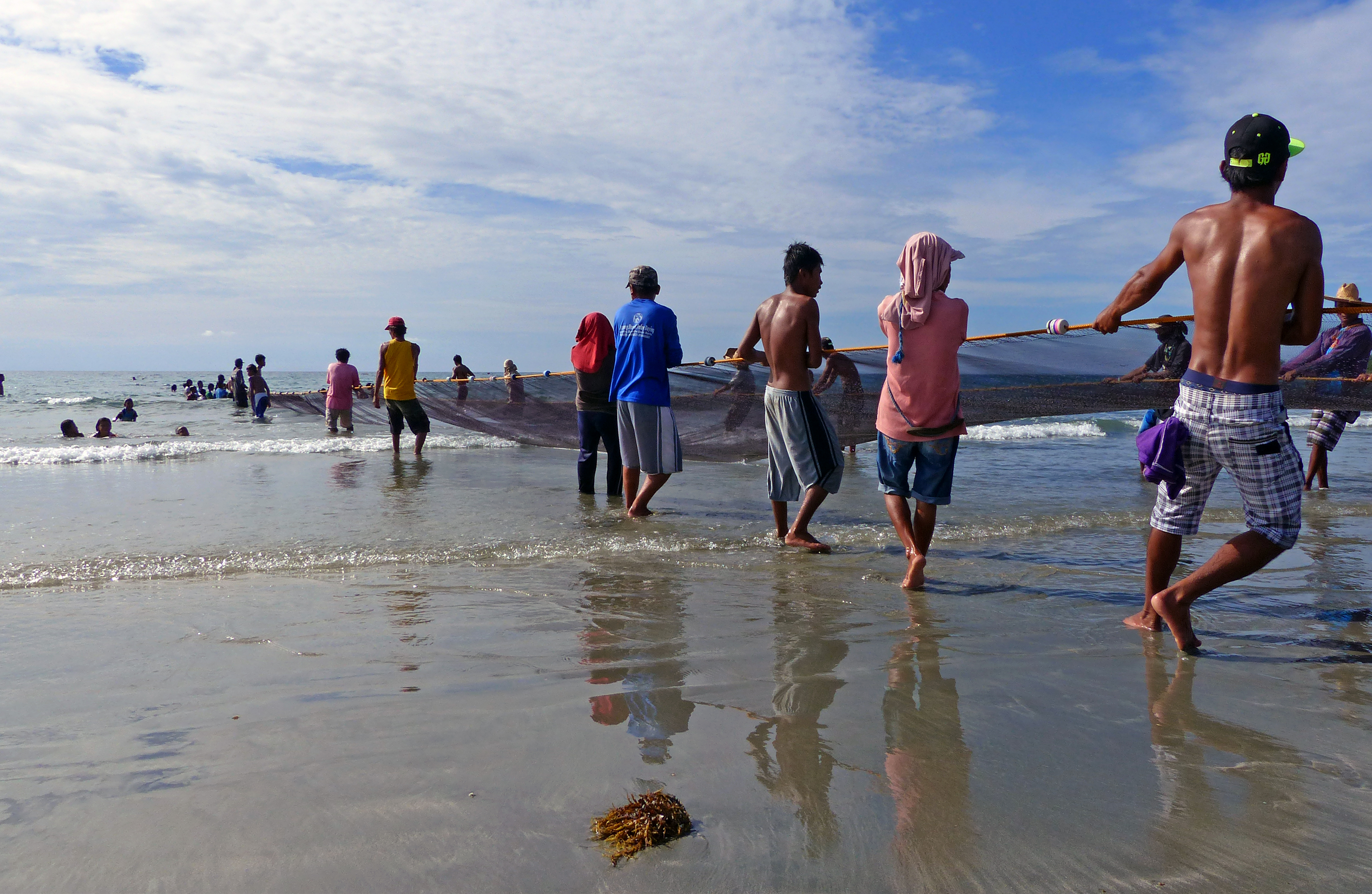 In the Philippines, local fishermen cooperate to catch small coastal fish to feed to the community.

While individual families own their own nets, they hunt together, holding their nets end to end, with women and children acting as beaters (Turnbull 1965, 28, 120).  Among the Siuai of the Solomon Islands, men, women and children from several villages will cooperate in a communal fish drive, diverting a river and capturing the fish left in the dry bed (Oliver 1949, 58). Haitians cooperate on various levels: small groups of relatives and neighbors rotate working on each other’s fields a few hours a day for a few days a week. Larger work groups build houses, process vegetables, make bread, and plant, weed and harvest. The largest work groups can contain upwards of a hundred people (Herskovits 1937; Métraux 1951; Smith 2001). 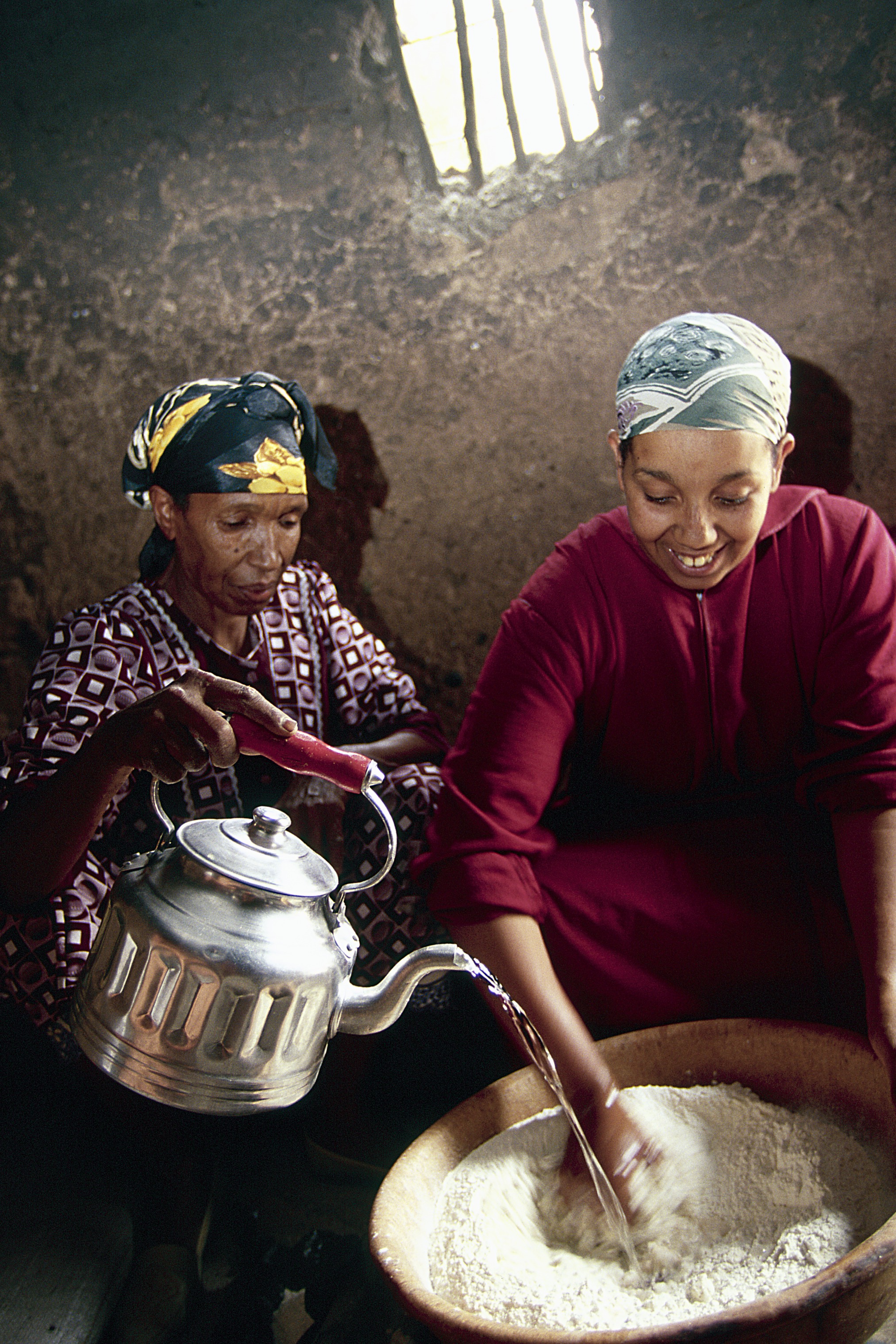