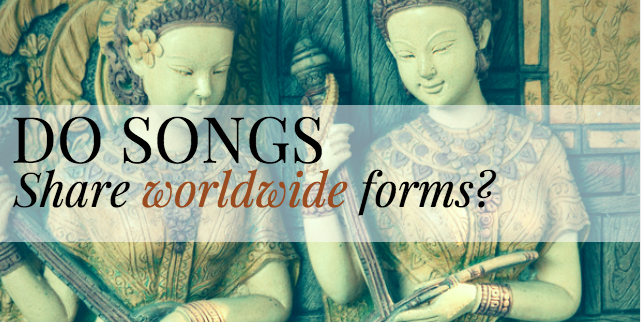 Do songs share certain forms across the world? If you hear a song sung in an unfamiliar language, in a rhythm you’ve never heard before, can you still understand what it means?

In a cross-cultural study of song carried out by the Natural History of Song Project, Samuel Mehr, Manvir Singh, and colleagues (2018) found that people across sixty countries were able to reliably infer whether songs were used for dancing, for soothing babies, or for healing the ill after listening to only 14-second sound bytes.

One especially intriguing finding is that participants are able to recognize specific song forms even when they lack social or cultural familiarity with the song form altogether—such as listeners from Western industrial countries who still accurately and reliably determined that certain song fragments were intended for healing (rather than for soothing babies, facilitating dance, mourning the dead, expressing love, or “telling a story”).

Certain song forms—specifically songs of healing, lulling babies, and dancing—seem to be mutually recognizable to listeners from diverse social backgrounds. Even though the songs they heard were brief and partial, and even though many listeners lacked linguistic familiarity and social context for interpreting the songs, they consistently identified these song forms correctly.

These findings about the universality of song resonate with my field experiences listening to Haitian songs during my dissertation research in Arcahaie (Jordan 2016). Haiti is an especially musical country, with a rich cultural heritage of sound, variation, and song-writing. Harold Courlander, a folklorist who worked in Haiti throughout the 1930’s, says:

“Music…binds together practically the entire fabric of Haitian existence. It is essential not only to the [local Vodou] temple, but to countless workaday activities. Agrarian work groups often perform their tasks to the accompaniment of a drum. And in the [local Vodou] temple, the iron hoe of the fields often serves as a percussion instrument (Courlander 1960: p. viii) 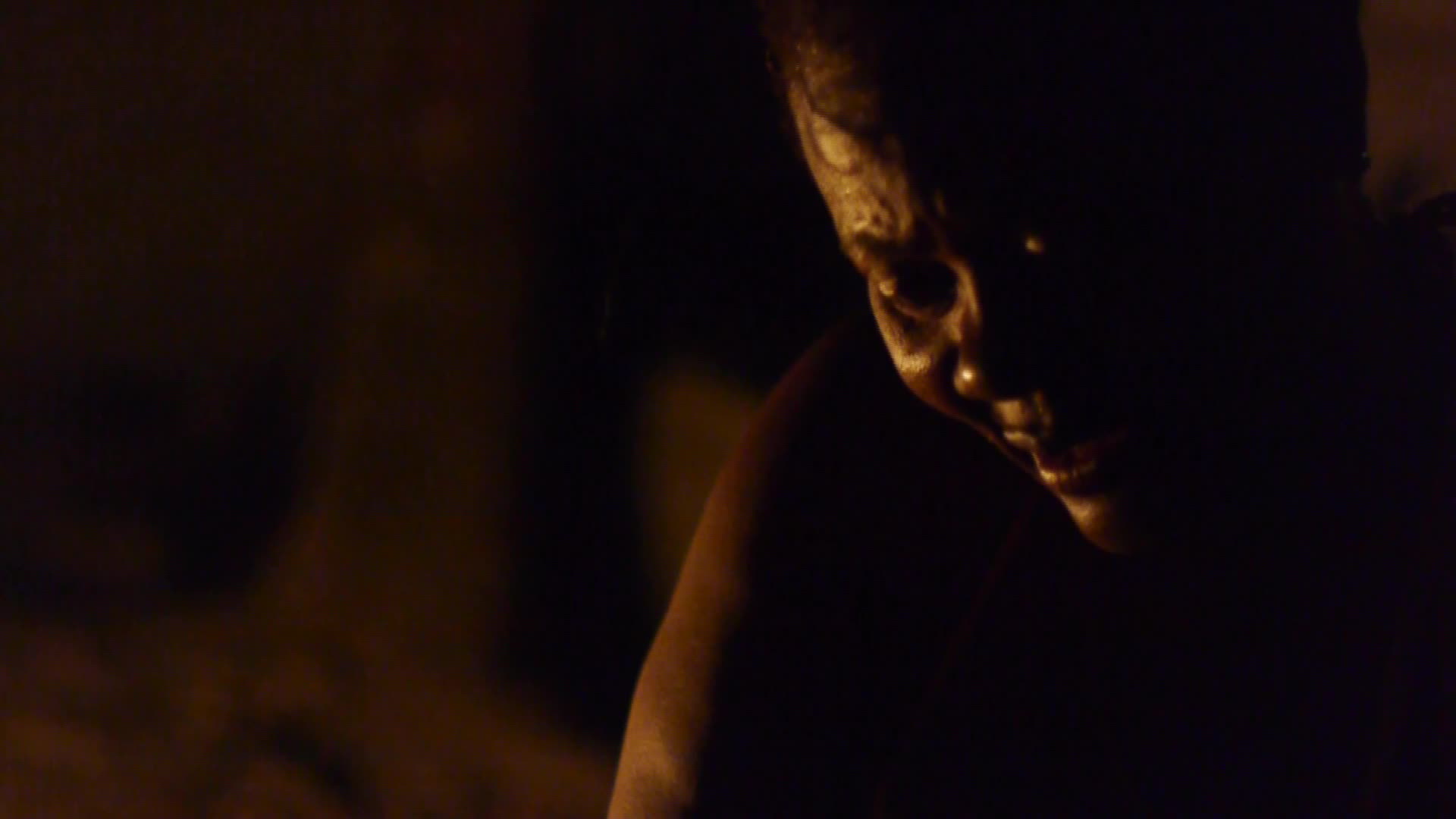 At night, Nanis sings while preparing a medicinal salve for her daughter. Arcahaie, Haiti. Photo by Alissa Jordan 2012

In the course of my ethnographic studies, I regularly heard families and friends use song in order to heal others, to express social tension, to play with children, to sooth fussy infants, and to celebrate and lage kò yo (relax their bodies). Professional religious singers, such as Nanis [2] (a grandmother and household matriarch), memorized hundreds upon hundreds of songs over the course of her life, using them in various turns to either heal the ill, call the Vodou lwa (spirits/ divinities) up from Ginnen (literally, ‘Africa’, referring to the underwater world of the dead), comfort her grandchildren, and playfully lighten the mood when tensions arose.

Struggling to learn and recognize the new sounds, words, ideas, and body language around me was a day to day reality—a fun and challenging one, but one that also left me frustrated with myself. For months, I worked to listen to each word as Nanis patiently reviewing song after song with me sitting somewhere near her feet as she cooked (and sang) chastised others (and sang) or swept the yard (and sang). Yet learning by being told and shown songs is very different than learning by being raised with songs inside of you.

It was clear that these songs carried intensely poignant messages to those who had heard them sung throughout their lives. When others in town heard Nanis sing or joined in song with her, it was clear that the message of these songs could reverberate across their lives—–bringing them back to life moments when these songs had been sung before—-throwing them forward into imagined futures where they might be sung again. How could I ever grasp, or feel, the music, when lived experience seemed to be such an integral part of the music’s reception?

One song that Nanis sang, M pap di anyen Ayida, has stuck with me through the years and I continue to sing it now and then when the mood is right. The first time I heard it, it marked an important moment for me—I felt like I recognized something in it. I am not sure if it was because I was relaxed, or perhaps because I was listening to the sounds of the courtyard altogether (and not just the song that Nanis began singing)—but as she sung out unfamiliar words in her rich and low voice, I felt I knew what the song was about. Take a listen and see if the song strikes a chord with you—perhaps it reminds you of one of the categories that Mehr et al identify as having transcultural dimensions (lullaby, healing, dance). After listening, scroll past the photo to see what the song is about, and learn about the see if you were right, and to learn more about the song. 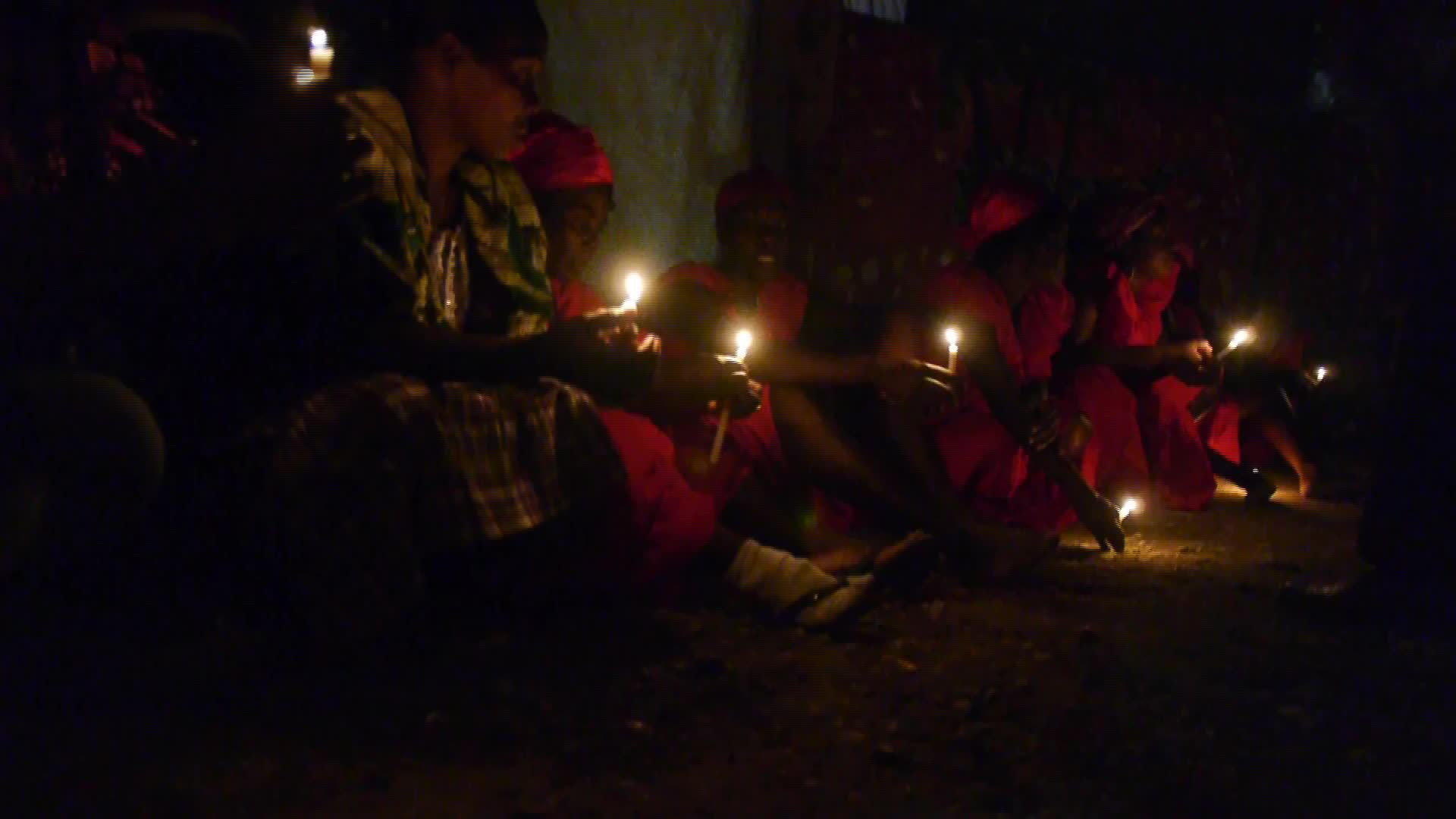 Women rest on the earth floor of a temple while singing songs in their Sosyete (a ritual society). Arcahaie, Haiti. Photo by Alissa Jordan, 2013

Nanis sings M Pap Di Anyen Ayida during healings and in other rituals where a patient is suffering from loss, hardship, or illness. Like Ayida Wedo, a Rada Vodou lwa (divinity/spirit) Manbo Ayida is envisioned as one of the eldest of the lwa.  Nanis describes Ayida as a vital force for balancing the world, both literally and figuratively. Courlander elaborates on Ayida’s role in The Hoe and the Drum:

“According to one myth, the Creator of the World assigned to Ayida the task of holding up the earth to keep it from falling into the sea. The great serpent coiled himself, tail in mouth, and lay below the earth like the carrying pad that women wear to support bundles on their heads. Whenever Ayida Wèdo shifted his position there were earthquakes. When the rainbow appeared after a rain it was said that Ayida had come out from under the earth to drink of the fresh water.” (Courlander 1960: 318 in eHRAF World Cultures) [4]

What is clear from my experience in Arcahaie is that certain music can indeed transmit profound experiences that are at once socially specific (and accessible only to certain communities of practice) and also trans-cultural, bridging social, linguistic, and temporal boundaries. When I heard M pap di anyen Ayida for the first time, I didn’t make the mistake of thinking that I heard the song in the same way that a resident of Arcahaie would. The song, impactful as it was, was filtered through my own social background and musical experience. Nonetheless, the mournful message of illness and the sense of longing for health were able to reach out to me across a broad rift of social experience.

[1] There were no songs in the “mourning the dead” or “telling a story” category; these categories were given to listeners as options in order to prevent them from reliably determining the actual number of categories being tested for. [2] First names and specific site name have been adjusted for confidentiality. The song and recording remain the intellectual and cultural property of families in the town in Arcahaie, and is reproduced here with Nanis and Neline’s permission. [3] A pwen is a specific sort of bundled-being, infused with nanm (life force) and can be used for a variety of purposes in Haitian Vodou practice.  In this context, the song speaks of a dangerous pwen that has caused serious illness to the singer. [4] Courlander’s  research, available in the eHRAF World Cultures collection, also includes a number of other transcribed and translated Creole songs for Ayida.

Courlander, Harold. 1960. “Drum And The Hoe: Life And Lore Of The Haitian People.” Berkeley And Los Angeles: University of California Press. http://ehrafworldcultures.yale.edu/document?id=sv03-002.