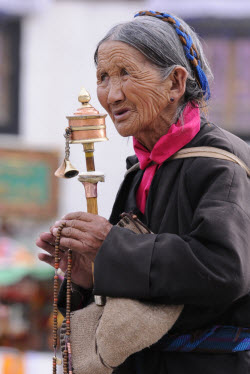 The Tibetans are a farming and herding people who settled the high plateau region of southwestern China around 13,000 years ago. The first kingdoms appeared around 400 AD and a centralized dynasty in the seventh century. The major religion, Tibetan Buddhism, is a syncretic mix of Indian Buddhism, Tantrism, and the local pantheistic religion. For 300 years prior to 1950, the government was headed by a Buddhist monk, the Dalai Lama. After 1950, Tibet was incorporated into the People’s Republic of China as the Tibetan Autonomous Region (TAR).

Learn more about Tibetans in the Browse Cultures section of eHRAF World Cultures. Email hraf@yale.edu for a 30-day trial.