The practice of looking to and tracking the heavens, stars, sun, and moon has roots and parallels in many cultures around the world. In epochs both ancient and contemporary, humans have looked to the stars for a variety of reasons—seeking wisdom, prophecy, better understandings of the passage of time, and the human place within the cosmos. Archaeological studies have long been interested in the methods that ancients used to observe the stars, looking for evidence of observational practices in architectural ruins, codices, glyphs, artifacts, stone alignments, and natural landscape features. Working with living peoples, cultural anthropologists have also gathered important insights regarding astronomical practices, showing how the stars and cosmos play important roles in timing cyclical practices across the world. In cases both ancient and contemporary, humans have often observed the stars in order to achieve pragmatic goals such as planting fields at optimal times or learning to predict and associate the behavior of their environment based on cosmological timing. In other words, people look to the stars to understand their world and environment and utilize what they learn.

With this in mind, this post uses eHRAF Archaeology and eHRAF World Cultures to explore key astronomical practices in archaeological and ethnographic contexts. I look for patterns among practices while asking: why do cultures focus on astronomy and how can astronomy be useful to human existence?

The ancient Maya are well-known for having a finely honed understanding of mathematics, calendars, and astronomy. Discussing the impressive system of knowledge among Maya peoples, Robert Sharer and Sylvanus Morley (1994:556) note that “knowledge of arithmetical, calendrical, and astronomical matters was seemingly more highly developed by the ancient Maya than by any other New World peoples. Like the medieval alchemists of our own Western tradition, the Maya pursued these realms for both mystical and practical purposes.”

Although archaeologists and historians cannot be certain, many scholars have proposed that Maya mathematical and scientific knowledge may have originated out of an abiding interest in the stars (Milbrath 2017, Normark 2016, Sharer and Traxler 2006:125, Vadala and Milbrath 2016). The Maya frequently tracked cosmological bodies, a task which requires precision, specialized tools, and specialized knowledge. Research indicates that the Maya began tracking the movements of sun, moon, and constellations as early as the Preclassic period before the Maya had developed their writing system. 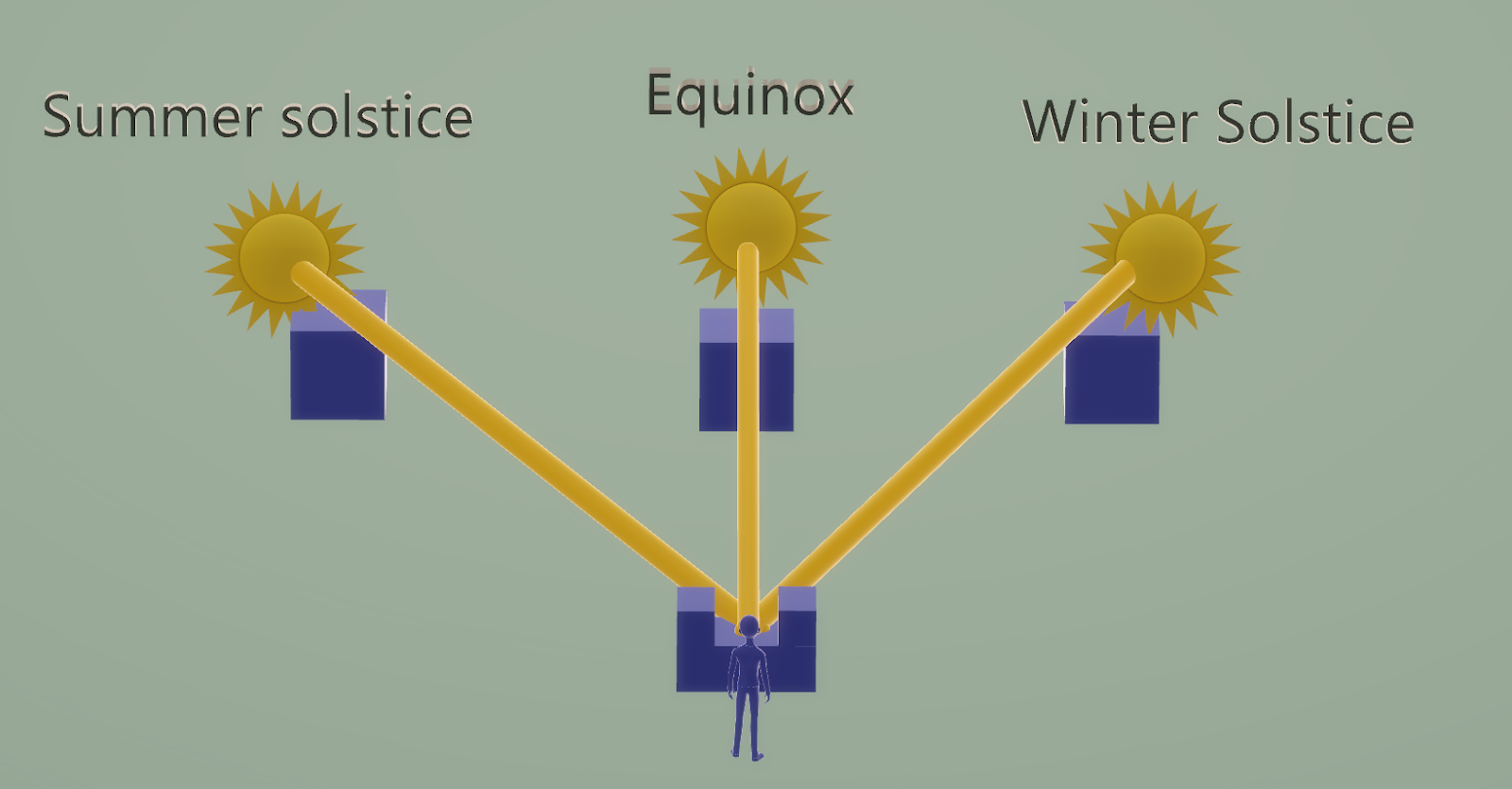 Figure 2: Diagram of how an E-Group architecture (blue blocks) functions with specific sight lines (yellow rays emitting from sun diagrams) to sunrise on solstices and the equinox. Image by Jeffrey Vadala 2018.

Some of the first material evidence that the Maya had developed astronomical knowledge comes from the site of Uaxactun. Here, archaeologists from the Carnegie Institution of Washington (1926-37) identified an architectural grouping they called “E-Group,” which they proposed helped accurately track the position of the sun throughout the year (Sharer and Traxler 2006:78). More specifically, with E-group architecture, if a Maya observer stood at a specific observer point in the architecture, they could sight seasonally important sunrises that would align to more distant architectural frames (see Figure 2 above).

These frames were set up to accurately mark, track, and predict the equinoxes (the days in which night and day are exactly even durations) and solstices (occurring in winter and summer when the sun reaches its highest or lowest point, marking the longest and shortest days) every year. Since identifying the E-Group at Uaxactun, many other “E-Groups” have been identified at Preclassic and Classic Period sites (Sharer and Morley 1994). 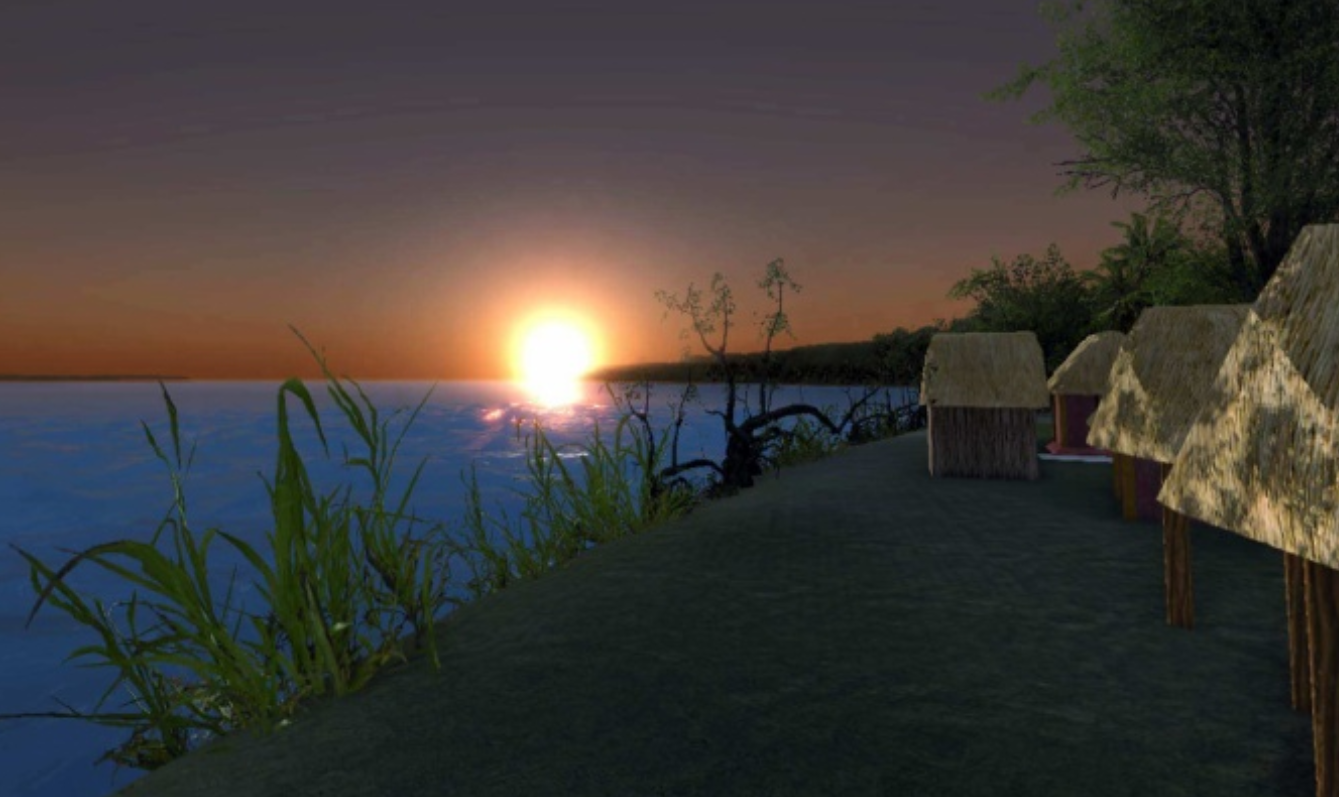 Figure 3. Virtual reality re-creation of rising zenith Sun from the location where 5C-2nd was eventually constructed. Image by Jeffrey Vadala.

In my own archaeological research at the site of Cerro Maya (formerly known at Cerros), I proposed that ancient residents used specific locations at the site to observe celestial movements and that these celestial observations were vital to the site’s development. The oldest large temple at Cerro Maya, known as 5C-2nd, is covered in the imagery of solar deities. It was built on an outcrop of land that protruded into the sea, where it formed an ideal natural observatory. Because of its position, ancient Maya observers at Cerro Maya could have used this point in the landscape to track the position of the sun as it seemingly rose from different positions in the ocean and land throughout the year. More specifically, by standing on this promontory on May 15, the morning of the solar zenith (when the sun is directly overhead during its peak), one could witness the first sunrise that appeared over the waters of the bay rather than appearing over the land (see Figure 3).

According to ethnographic data from contemporary Maya peoples, the day of the zenith is an important day that communities use to track the incoming rainy season. For the contemporary Maya and ancient alike, the zenith day indicates that the rainy season will come in approximately two weeks (Milbrath 1999;15-16). Given that the rainy season will soon start, corn planting must begin immediately so that seeds have enough water to root but are not over-watered, making them rot. With this in mind, it seems that the solar imagery and iconography on temple 5C-2nd, may have served to memorialize its use as a natural astronomical observatory for tracking the most single-most important seasonal change in the agricultural calendar (Vadala and Milbrath 2016).

In 1970, ethnographer June Nash described how her Maya research assistants “judge time by the position of the sun during the day, and by that of the moon or the stars at night. In winter, the appearance of the group of stars called ‘the sandal’ and in summer of the ‘seven stars’ indicates two o’clock in the morning. The appearance of Venus, called ‘the big star,’ announces the arrival of dawn” (1970:331). 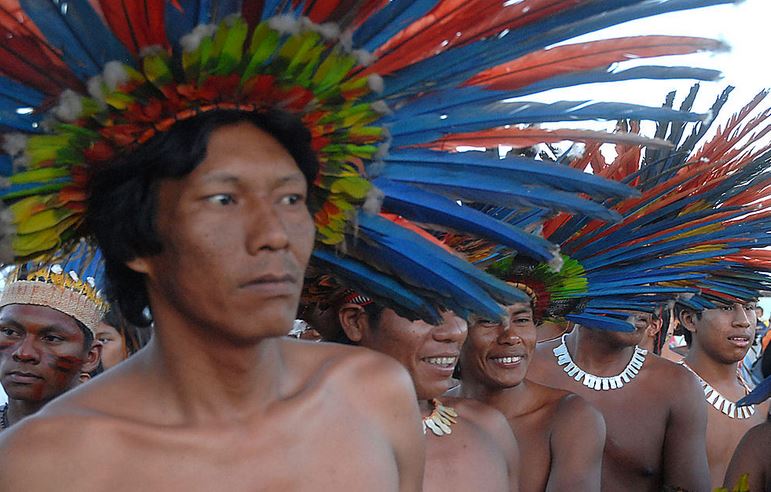 The Bororo people linked ecological events and cultural events to the movement of the Pleiades constellation across the night sky. For example, in mid-June, observing the first helical rise (the dawn rise of a star cluster on the eastern horizon after less than a year of not being visible) of Pleiades, Fabian (1992) described how Bororo communities performed a funerary ceremony called the Akiri-doge Ewure Kowudo. This ceremony is connected to the incoming dry season, when communities must engage in more trekking and movement across the landscape. In mid-August, when Bororo observers noted the overhead appearance of Pleiades at dawn, they came to expect that the period of strong winds had arrived. Planting began when the constellation was 45 degrees in the West at dawn, and fields were burned when it was 60 degrees in the West at dawn on the September equinox. By observing the Pleiades constellation, the Bororo were able to organize and synchronize their cultural practices with changing ecological conditions on a yearly basis. Noting the importance of this astronomical system, Fabian (1992:107) argues, “The practice of relying on multiple observations for precision in time marking, a crucial feature of native Brazilian time concepts, results in increased effectiveness in resource exploitation, especially since many of these resources are interdependent or related.”

Turning now to the continent of Africa, eHRAF collections reveal the importance of constellations in Libyan Bedouin Awlad ‘Ali society in North Africa. Here, observers use constellations to track seasons, while associating constellations with powerful symbolic concepts related to sexuality and gender (Lila Abu-Lughod 1986). Girls are conceptually linked to rain and the rainy season and rituals related to drought. For the Awlad ‘Ali, who live in an especially dry climate with a very brief planting and harvesting period, it is vital to accurately track seasons. By observing the movement of constellations in the winter sky, Bedouin observers can determine when the spring pastures of the desert will be lush from rainfall, a very brief period called “joza” that occurs around mid-December. When no rainfall occurs, Bedouin ritual specialists perform special rites using dolls that are connected to rain and the female sex (Lila Abu-Lughod 1986). 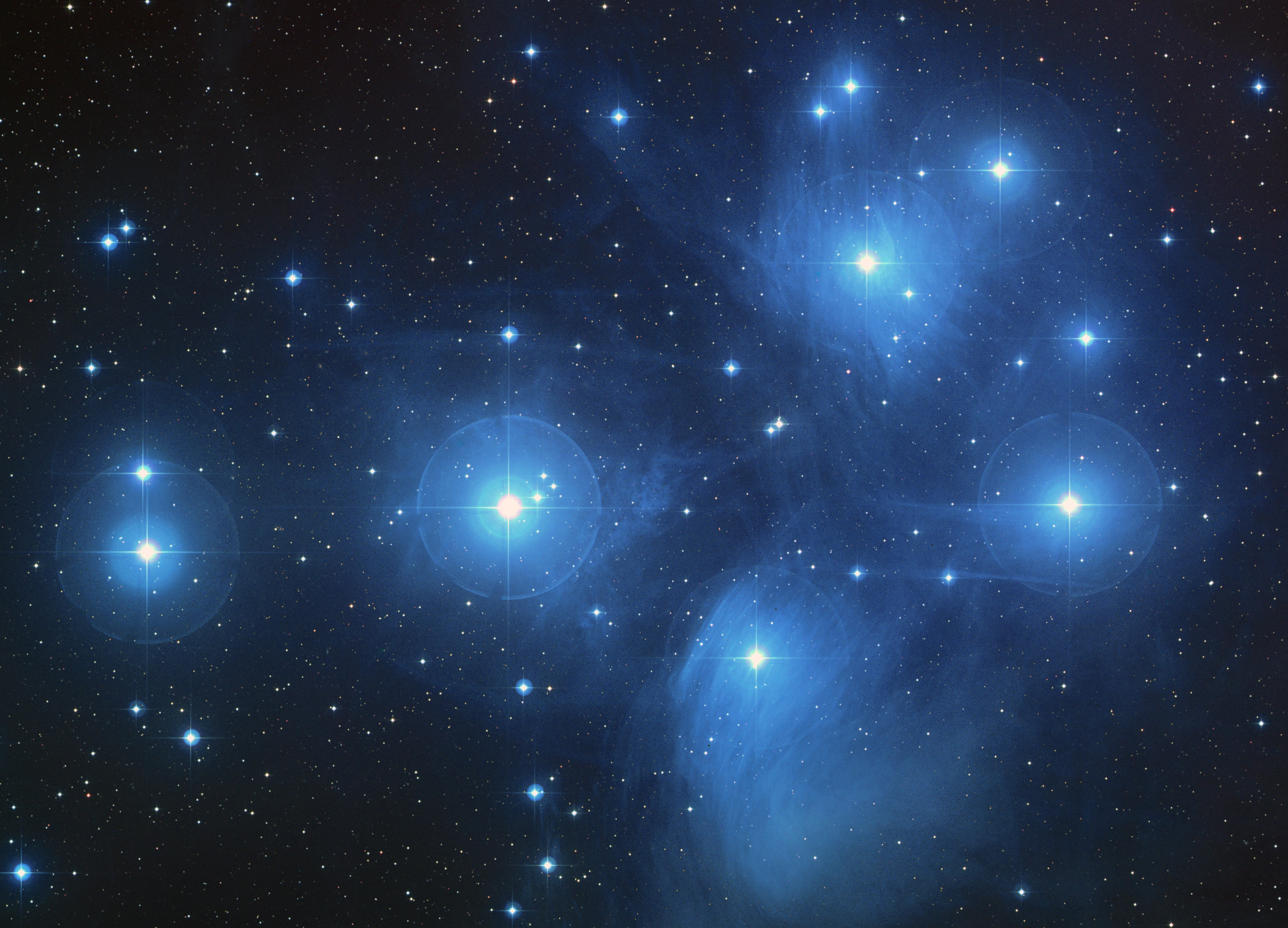 In sum, cultures around the world have developed a variety of astronomical practices that help them understand and adapt to their changing world. From monitoring constellations such as the Pleiades to tracking the sun, to linking constellations and seasons with gendered identities, humans have found a number of ways to relate to the cosmos and to use the information it holds to their greatest advantage.

If you found these ideas fascinating, try searching our ethnographic and archaeological databases for our subject code Ethnometeorology! We offer free 60-day trial access to eHRAF Archaeology and/or eHRAF World Cultures for educational institutions across the globe. Or, you can start an individual 30-day trial instantly using our new online form.

Nash, June C. 1970. “In The Eyes Of The Ancestors: Belief And Behavior In A Mayan Community.” New Haven, Conn.: Yale University Press. http://ehrafworldcultures.yale.edu/document?id=nv09-007.