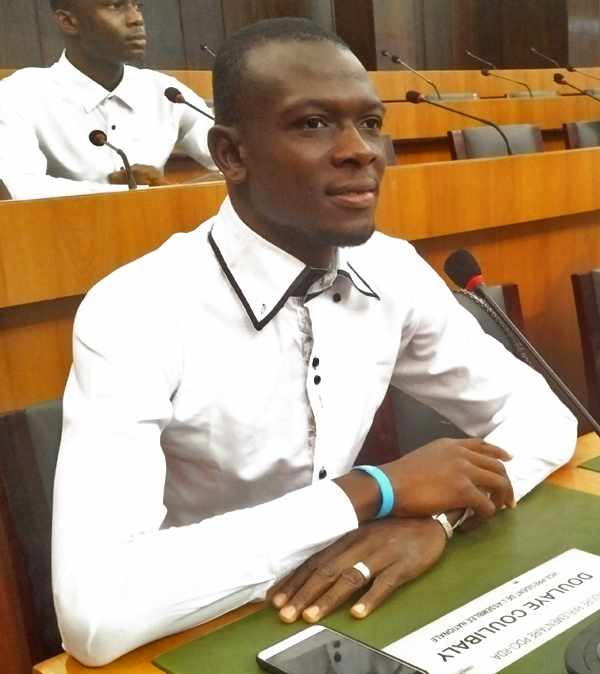 Ouattara Seydou is a PhD candidate at Alassane Ouattara University in Bouaké in Côte d’Ivoire.  He is in the third year of his doctoral program, where he is currently preparing his thesis about the Ivorian school system. The study is aimed at understanding how the decolonization of educational systems could enable quality education for the development of Africa, particularly in Côte d’Ivoire.

Seydou has participated in several workshops, conferences, seminars, and scientific colloquiums in Côte d’Ivoire and elsewhere in the sub-region (Burkina Faso, Benin, Togo, etc.) helping to develop his societal knowledge, as well as his sociological and scientific achievements. He participated in the second biennial conference of the African Studies Association of Africa (ASAA) which took place in October 2019 in Nairobi, Kenya. In addition, he took part as a lecturer in the second international conference of the Observatory of Economic Francophonie (OFE) of the University of Montreal which took place in Rabat, Morocco in March 2020. He has also participated in virtual conferences in France and Canada.

As part of his university training, he completed masters dissertations and published four scientific articles on various themes. Beyond academia, Seydou has carried out several research missions with charitable organizations such as Save the Children. As an active participant in civil society, he is a founding member and first president of AJESKA (Amicale de la Jeunesse Estudiantine et Scolaire de Katiola), secretary general of CNJCI-Katiola (National Youth Council of Côte d’Ivoire in the department of Katiola), a member of the YALI-ACO-SD network, and a member of the IHRC (International Human Rights Commission) regional coordination group.

HRAF is honored to feature Ouattara Seydou as one of our HRAF Global Scholars for 2021. We wish him continued success with his research.