The Winter Solstice is upon us in the Northern Hemisphere. Marking the longest night and shortest day of the year, the hibernal solstice is an astronomical event that takes place when the Earth reaches its maximum tilt on its axis away from the sun. (At the same time, residents of the Southern Hemisphere are enjoying their longest day and shortest night). These calendrical milestones have long shaped human activities and annual cycles. Peoples all over the world have long revered this annual astronomical occurrence as a time to bid farewell to lengthy, dark nights and to welcome the impending return of the sun.

If you’re interested in learning about how different cultures recognize the winter solstice, eHRAF is a great place to find ethnographic examples both ancient and modern. Indeed, present-day holidays such as Christmas and Hanukkah have been influenced by earlier solstice traditions, as well as gone on to influence local celebrations, leading to a fascinating mix of solstice practices and end-of-year festivities throughout the world. Let’s take a look at some examples.

Solstice celebrations mark a key point in the agricultural calendar. The Iroquois Midwinter ceremony marks “the winter solstice as the beginning of the New Year”, and, in turn “the beginning of the warming of the earth and the beginning of the renewal of life on the earth.” (Tooker 1970: 165). In the past, a rite of sacrifice of a white dog commonly took place during Iroquois Midwinter. In fact, across cultures, ritual sacrifice during the solstice or the end of the planting season is not uncommon. This time of year represents the end of the harvest season and the start of the sowing season, which makes resting and prohibition of work a common feature of solstice observances.

For instance, In Burkina Faso:

The Mossi have a yearly feast for their dead and their ancestors. It is the Tiougou or Bassara, which is also called Péléga in other areas. This feast is celebrated in December, when all the millet has been harvested and the cold weather has come. The family and soukala heads have much dolo prepared and pour it into the graves along with millet flour mixed in water. A few chickens are also killed. No one works on that day, but people eat, drink, and rest. (Tauxier 1912: 124).

Another example comes from the ancient Hawaiian Makahiki festival in honor of the god Lono, which

was a time to rest, and a time to make great feasts of commemoration ( `aha`aina ho`omana`o ) for life and health of the body, and for the help received from the god. All manual labor was prohibited and there were several whole days of resting and feasting. Chiefs and people made many joyful Makahiki feasts at the end of each year. The custom (malama) of feasting came from very ancient times (Kamakau, et al 1968: 29).

Makahiki is still observed in Hawaii today. During these Hawaiian feast days, traditional bathing rituals known as hiu wai cleansing also take place as a representation of “releasing of the bathers from the sins and evils of the old year” (Handy et al 1972: 55).

For most peoples around the globe, astronomical calendar and agricultural calendars are linked, and this fact is reflected in the ritual practices surrounding the recognition of the winter solstice. This includes the Burusho (Hunza people) of northern Pakistan. Whereas the summer solstice marks the opening of the sowing season, in December, the

end of the agricultural year was ritualised by the Thumushelling festival, a nocturnal torch-lighting ceremony, celebrated at the Winter Solstice. Following this were the six weeks of high winter when no agricultural work was possible and when the people occupied themselves playing music, telling tales, drinking wine and dancing. The winter rest period was ended with the Apitso dance held in Baltit, over which the Mir [of Hunza] presided and in which headmen and dignitaries from all the villages participated” (Sidky 1993: 10). 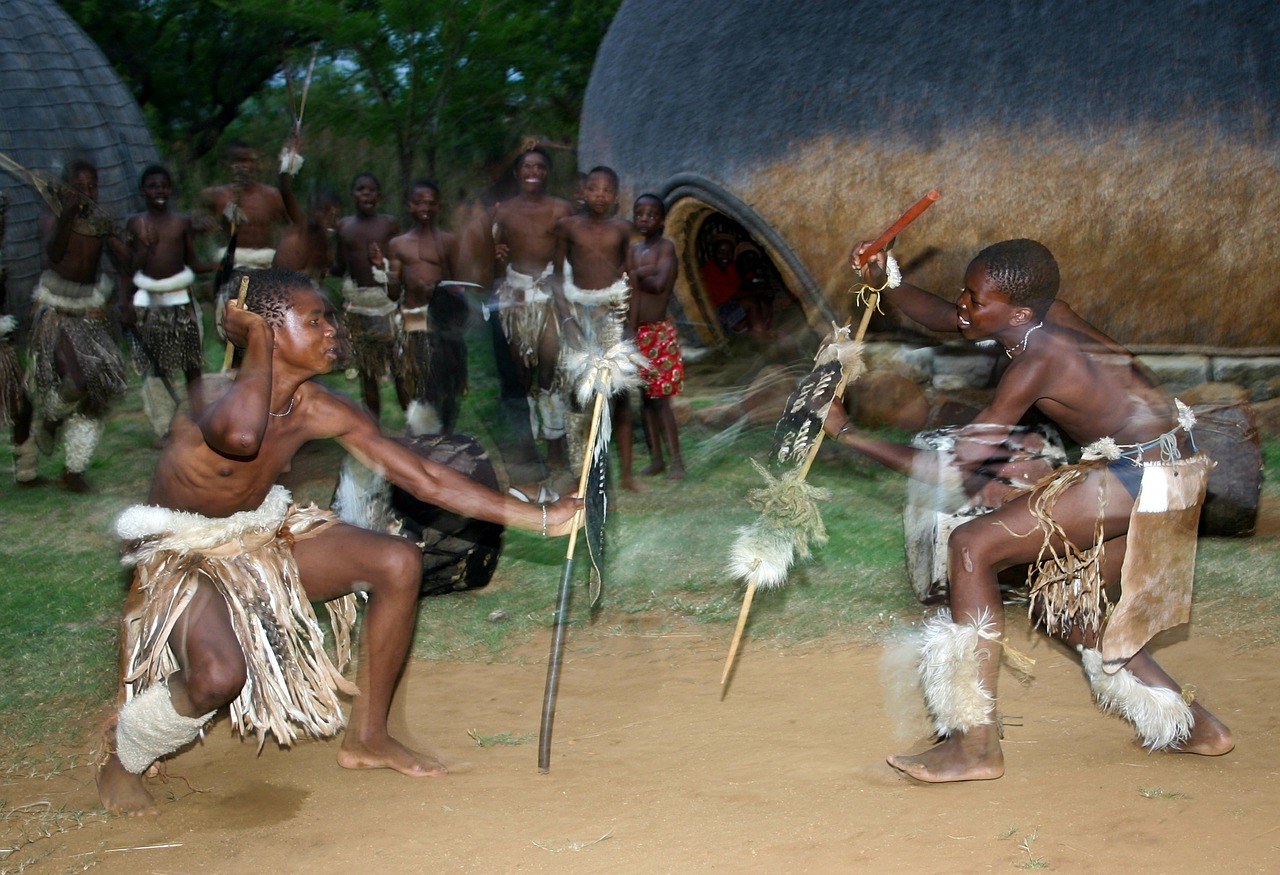 Similarly, the main focus of celebration during the December solstice is the annual harvest among the Zulu people. Similar to Thanksgiving, the Zulu “First Fruits Festival” (Berglund 1976: 327) showcases rituals which honor the king while giving thanks for the harvest. However, there are some ritualized political machinations involved in addition to the communal merrymaking. In earlier times, the first fruits festival was as much about political power as celebrating the harvest:

The Zulu king’s power over crop fertility […] is built on a foundation of respectful restraint observed by his subjects. Nobody was allowed to harvest his crops before the king had given permission at the First Fruits and garnered his own. Nobody ate of the new crops until the king had eaten of them ritually. The sanction attached was death by execution (Raum 1973: 113).

According to Berglund, by the 1970s, the First Fruits had become more or less obsolete throughout the region, with more generalized celebrations of Christmas becoming common and themes of togetherness taking precedence over the old rituals:

Much importance is attached to the fact that people get together at Christmas, particularly relatives and kinsmen. The annual holiday granted people who work in urban areas, industry and mines makes it possible for them to assemble … “That is why Christmas is a great occasion. It is because of the getting together of all the people of the family.”  […] Secondly, besides the fact that Christmas occurs at the time of the year when traditionally the first fruits festival was celebrated, much attention is given to the preparation of a meal to which many assemble (Berglund 1976: 329-330).

This leads Berglund to conclude that there were strong parallels between Christmas rituals and the annual feast of the first fruits. Indeed, aspects of the long-held festival have become incorporated into the present-day Christmas celebrations as well as inspiring the foundation of the African-American holiday Kwanzaa 1.

However, the original First Fruits festival or Umkhosi Wokweshwama has undergone something of a cultural revival among contemporary Zulu. The current Zulu king reinstated aspects of the older traditions in 1990. For instance, a previously obsolete warrior practice has been re-introduced to the dismay of many onlookers. During a public ritual, a group of unarmed young men presided over by the King engage in a ritualized collective slaying of a black bull as a sacrifice which is believed to transfer the bull’s power to the leader. This practice remains subject to substantial controversy and legal action by animal rights’ activists in South Africa today. 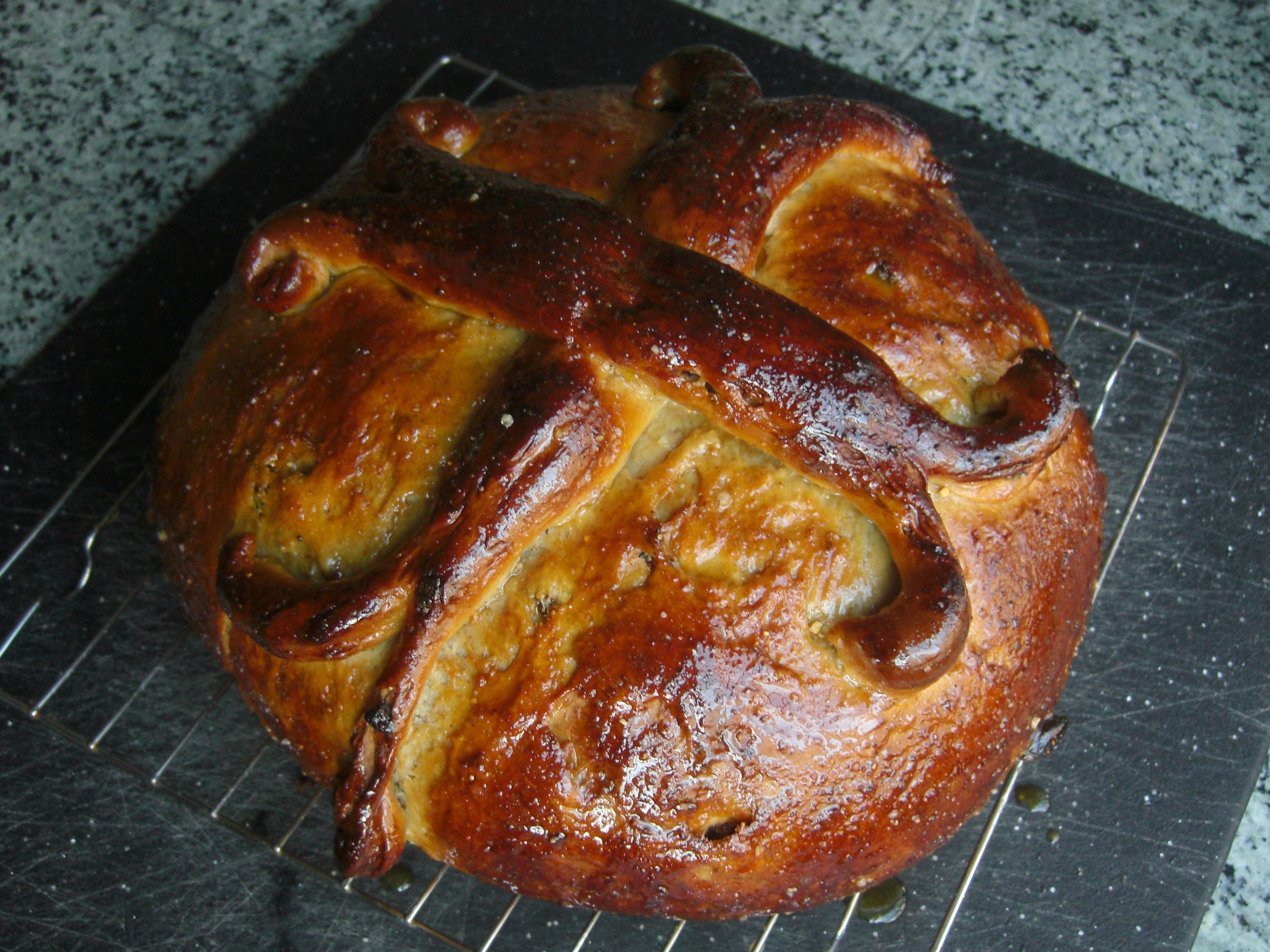 Everyone’s favorite holiday ritual includes feasting or enjoying special foods. Indeed, a universal feature of solstice celebrations around the world is the importance put on commensality or sharing foods and meals. In Greece (Sanders 1962: 182), Christmas is only one part of a 12-day festival where fasting prior to the event is concluded with a feast of roasted pig or fowl along with breads, sweets and cakes.

Some societies believe that evil forces and bad luck are serious threats on the longest night of the year. Certain ritual foods and practices exist to placate these forces – or the unhappy ancestral spirits who harbor them – in order to safely enter the new year with good luck. In Korea, “red bean paste and rice gruel (“tong-je pat-juk”) is eaten on the day of the winter solstice, and some of it is plastered on the wall for good luck” (Biernatzki 1931: 148). In Taiwan, “food offerings including sweetened rice balls are made to the ancestors. This feast marks the beginning of the period of preparation for the end of one year and the beginning of the next” (Gates 1983: 208). Rice balls are also a key food during Dong Zhi or the “arrival of winter” festival in China.

In Iran, Yalda night celebrations have their origins in Zoroastrianism, which predates Islam. According to ancient Persians, malign forces threatened bad luck on this night, so it was advised that people gather in the company of friends and family to feast together and stay awake all night as protection against evil spirits who might come in the dark. As described in this excerpt found in eHRAF World Cultures,

In some parts of Iran the winter solstice is celebrated in a special manner. Watermelons are saved from the summer and hung in a protected place. On the longest night of the year, called “Shab-e Yalda”, family and friends stay up all night, tell stories and eat the watermelons. (Beeman 2006: 48).

Watermelons and pomegranates – whose vibrant red colors represent the “glow of life” – are two symbolic fruits for Shab-e Yalda because it is believed that the sharing of these jewel-toned summer fruits will bring good health for the cold season ahead.

Exploring these examples of solstice festivities through eHRAF World Cultures has uncovered some intriguing and seemingly universal aspects: whether religious or secular in nature, humans tend to spend the longest night of the year resting, sharing time and food with their friends and family, reflecting on the past months of hard work, and protecting themselves as best as possible from any ill will or existential threats in order to safely look forward to brighter days ahead.