The eHRAF databases are ideally suited to hunter-gatherer research across different times and places in the contemporary ethnographic as well as the prehistoric archaeological record. eHRAF World Cultures, HRAF’s database of ethnography, contains expertly indexed data on 59 hunter-gatherer societies (plus 30 primarily hunter-gathering societies) around the world. In addition, in eHRAF Archaeology, data from hunter-gatherer prehistory can be searched across 43 traditions with filters for several subsistence types that include some or all hunting and gathering. Combined, the two databases provide a global view of hunter-gatherer life, past and present, which can be used to compare practices and lifeways for in-depth, comparative, ethnoarchaeological and cross-cultural research.

HRAF also curates other resources on hunter-gatherers and cross-cultural research, including a recently revised and expanded module in Explaining Human Culture and an introductory workbook on hunter-gatherer societies.

During their studies, participants on the UCD Hunter-Gatherer Archaeology program learn how to search the eHRAF databases to locate examples of hunter-gatherer diversity and to test theories and hypotheses from their research. To illustrate why they chose this degree program and how eHRAF has been central to their studies, below are reflections written by three students who took part in the first cohort of the Hunter-Gatherer Archaeology program at UCD for the 2021-2022 academic year: Anna Dottle, Deborah Buchanan, and Kelsey Radican. 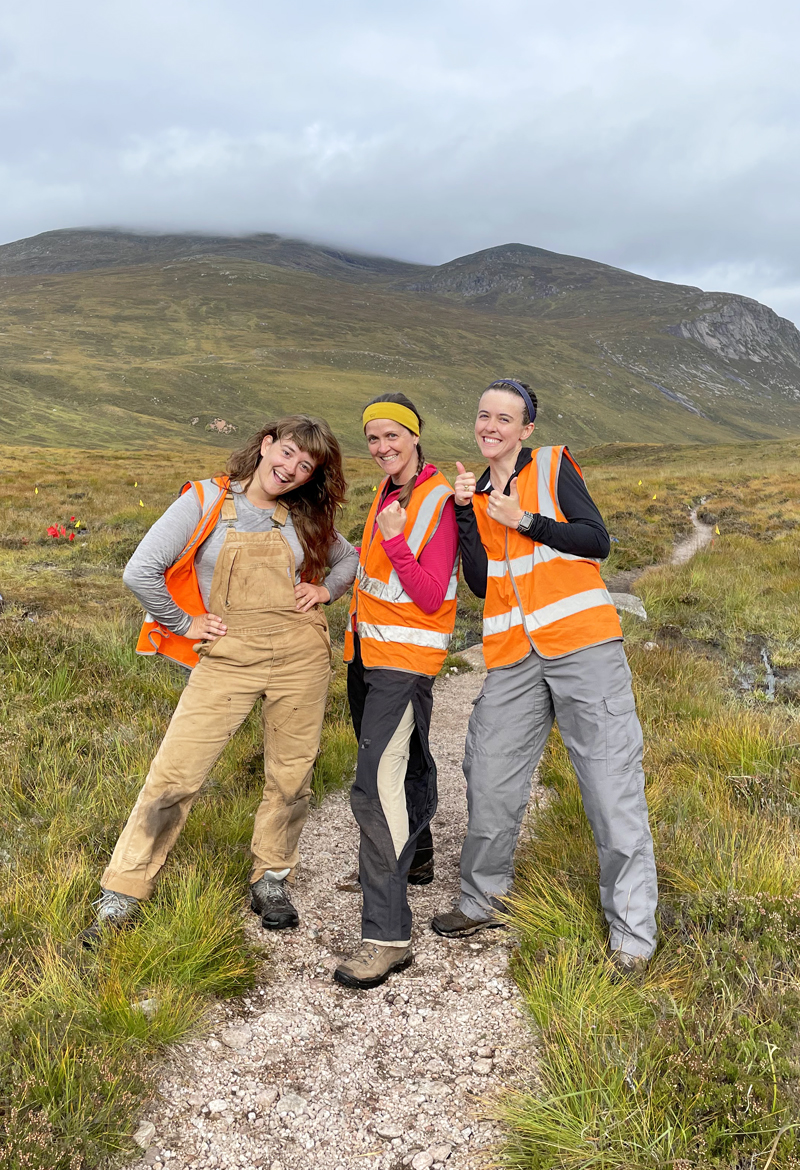 “My enrolment in the Hunter Gatherer Archaeology MSc at UCD was, as most of the life-changing decisions made in 2021 were, precipitated by the pandemic, and a little over a year spent marinating in a 26m 2 studio apartment in Chicago, Illinois. During this time, I came across the new program advertised on my Twitter page and was intrigued. Another year later, and I am due to turn in a dissertation of my own archaeological research in August, and have had the opportunity to participate in fieldwork in the mountains of Scotland and on the islands off the Dublin coast as part of my studies at UCD – not to mention having also engaged with a nourishing network of colleagues, friends, and resources. One of these resources is Yale University’s digitised Human Relations Area Files (eHRAF) collection, a database of archaeological and ethnographic records.

Last term, I used the collection to explore how personhood and kinship are connected, understood and practised in hunter-gatherer communities by looking at a sample of ten geographically diverse hunter-gatherer cultures. In the eHRAF library, I narrowed my scope of inquiry first by subsistence category, using the “Hunter-Gatherer” selection, then by limiting the results to the Probability Sample Files (PSF). This sample divides the documents available for world cultures into 60 areas and selects one representative culture from each area. I then relied on keywords to find relevant information. To search for evidence of a society’s ontology and concepts of personhood, I used words like: personhood, spirit*, non-human, other-than-human, etc. To draw information regarding kinship, I searched: kinship, mutual, relationship, behaviour, family, and reciprocity. Every culture in the sample displayed some belief in the interdependence of humans and other living creatures in an ecological niche, and more than half of them specifically recognised certain non-human beings to be persons, or even to be kin. I hopefully demonstrated with ethnographic evidence the possibility of a reciprocally creative relationship between kinship and personhood. It is my belief that future archaeological research into prehistoric ontologies will be useful to the study of human interaction with the natural environment.” 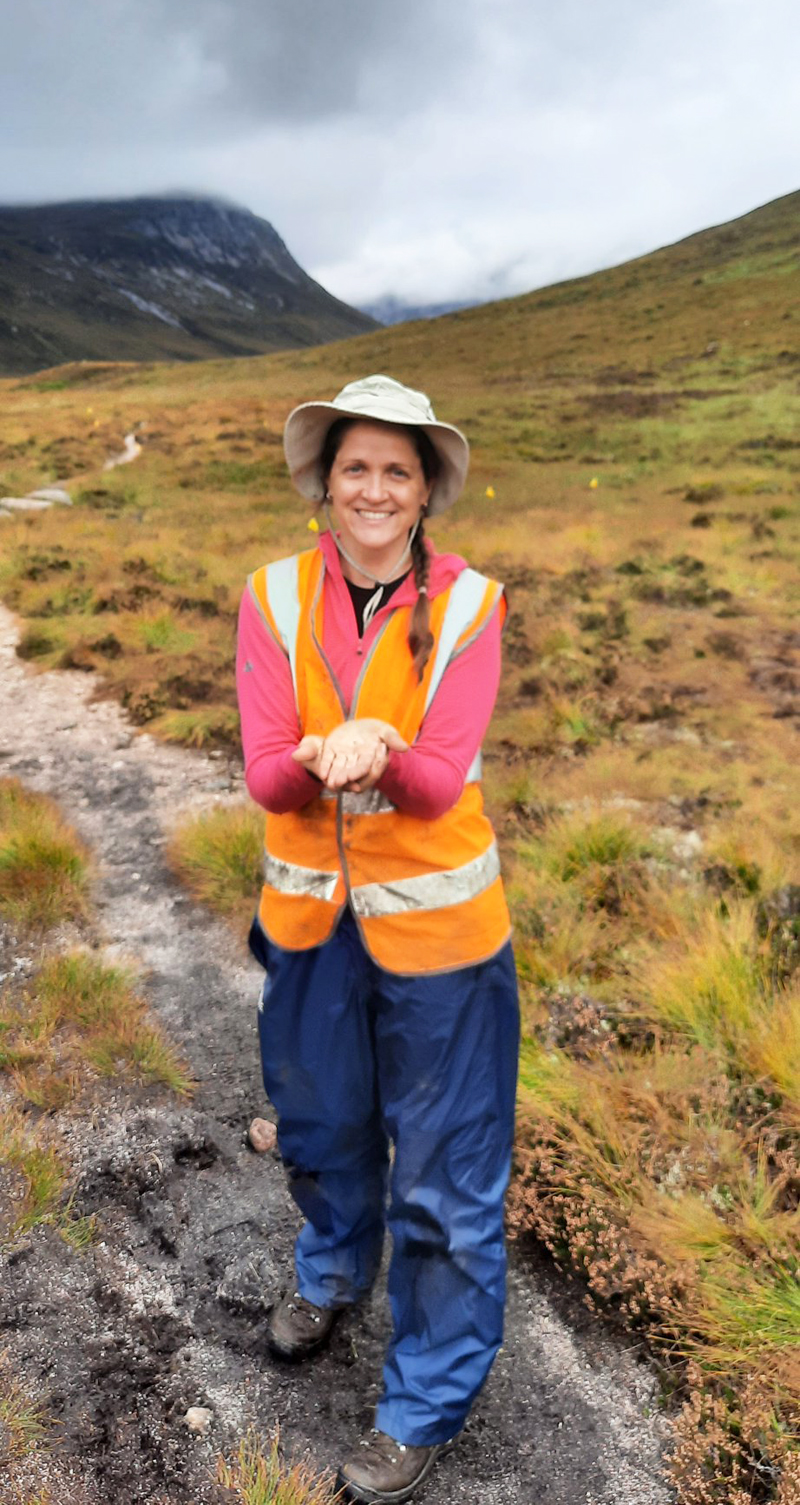 “I started studying archaeology after 15 years as a stay-at-home mom. I completed an MA in Archaeology and Heritage via distance learning from the University of Leicester and worked briefly in commercial archaeology. After that I decided I wanted to carry on with my studies and focus on the Mesolithic of Ireland. I’m now studying for an MSc in Hunter-Gatherer Archaeology at University College Dublin and am particularly interested in lithics and the use of space (both at a landscape scale and on a small scale such as in homes or around a fire).  While studying at UCD I’ve had the opportunity to excavate on a mesolithic site in the Scottish Highlands and more locally on Dalkey Island in Dublin.

As part of the MSc course at UCD I did a project using eHRAF to see if I could identify any patterns in the social division of hunter-gatherer dwelling spaces that could be generalised and identified archaeologically. In order to gather information about the use of dwelling space I searched eHRAF using the OCM subjects ‘Dwellings’ and ‘Building Interiors and Arrangements’

I found that while most hunter-gatherer societies do have social divisions of space, the physical manifestation of those divisions is highly variable. Most notable to me was the fact that gendered divisions of space do not seem to lead to clearly identifiable binary divisions of physical space, even in cultures with binary concepts of gender. I also found that children and animals often have separate spaces and should be accounted for. While I was unable to find any generalised pattern that could be identified archaeologically, the experience was valuable to me because I learned that there was far more variability than I thought. Going forward this will help me to have a more nuanced approach to the interpretation of the archaeological record.” 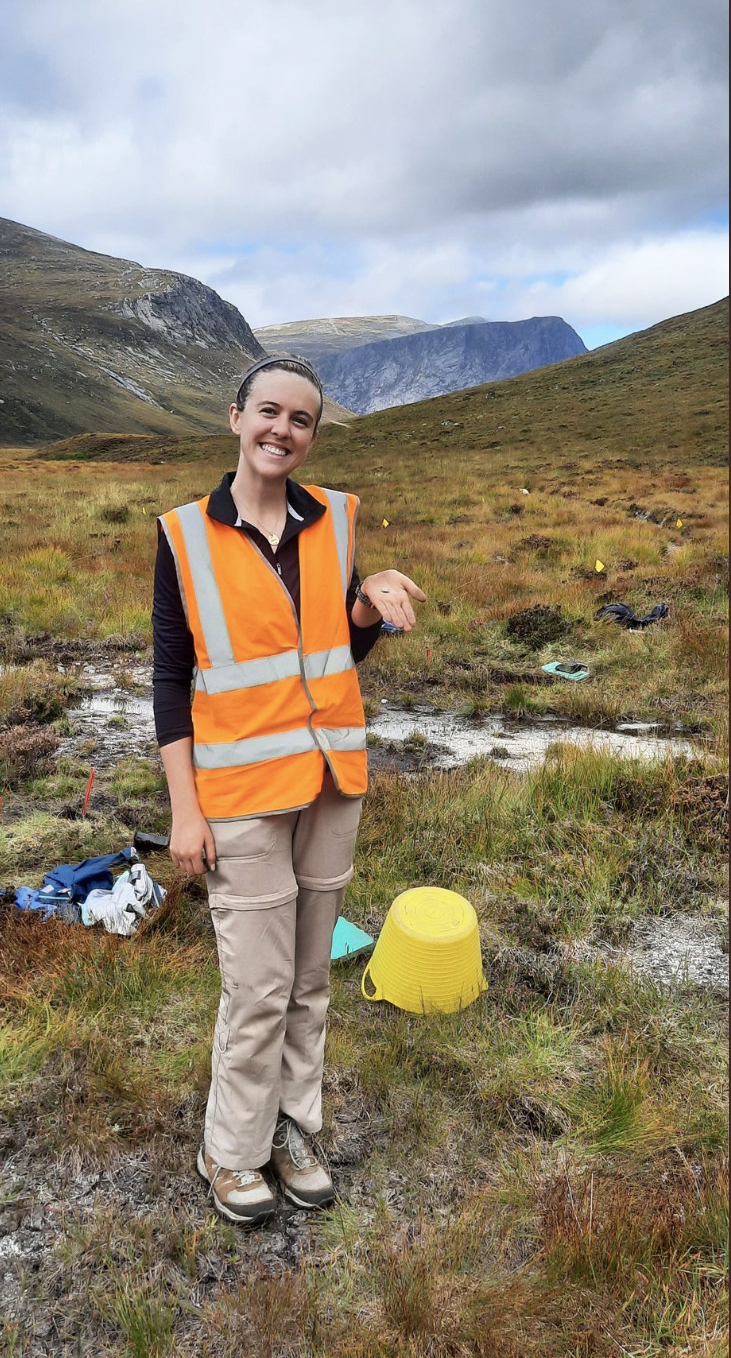 “I’m from Texas, USA and I am currently enrolled in the MSc Hunter-Gatherer Archaeology program at University College Dublin. During my studies at UCD I was given the chance to excavate two amazing Mesolithic sites, one in the Cairngorms in Scotland, and one on Dalkey Island in Dublin. As part of the MSc program, I completed a research project using the electronic Human Relations Area Files (eHRAF) to cross culturally examine the social organization of hunter-gatherer cultures who produced and used shell bead money in the past, in order to determine if the existence of currency inherently causes social hierarchy to occur. I relied on different combinations of key words such as ‘bead*’, ‘shell’, and ‘money’, to determine how many cultures would be in my study.

After browsing through the results, which mainly consisted of the ethnographic accounts from colonial encounters, I was able to identify nine cultures in the eHRAF database who used and produced shell bead money in the past. In order to investigate the social structures of each culture, I worked through each culture individually, adding a variety of Subjects such as ‘Community Structure (621)’ and ‘Labor Organization (467)’ to summarize the social organization of each culture and determine if social hierarchy was present. It was fascinating to discover that seven out of nine cultures did not have centralized governments and also had specific systems in place to dissuade and prevent individuals or households from gaining too much power. My project was meant to display some of the intricate and nuanced structures put in place by hunter-gatherer societies to combat the narrative of hunter-gatherers as simple wandering people. This project inspired the research topic for my masters thesis where I will further investigate shell bead money and begin to develop a methodology for its identification in the archaeological record.”

HRAF is delighted to feature the fascinating and inspiring eHRAF research projects conducted by Anna, Deborah and Kelsey. We thank them for sharing their stories with us.

If you would like to join University College Dublin’s Hunter-Gatherer Archaeology program, places are still available for 2022-23. In addition to exploring comparative research utilizing the eHRAF databases, incoming students get to join excavations of Mesolithic site(s) high in the breathtaking Cairngorm Mountains in Scotland. Learn more about the program, including how to apply, here. Applications are due June 3, 2022.

Interested in enhancing your curriculum with eHRAF World Cultures and/or eHRAF Archaeology? Ask your library to sign up for a 60-day institution-wide trial for your college or university.

Find more resources for teaching and learning with eHRAF here.