The Human Relations Area Files (HRAF) at Yale University is pleased to announce that the Society for Anthropological Sciences (SAS) has named their annual book prize after Dr. Carol R. Ember, President of HRAF. SAS is a section of the American Anthropological Association (AAA) which seeks “to fulfill the historic mission of anthropology to describe and explain the range of variation in human biology, society, and culture across time and space.” The members of the Society for Anthropological Sciences voted to name the book prize after Dr. Ember by email ballot in January following the recommendation of the SAS Board at the joint meeting of the American Anthropological Association (AAA) and Canadian Anthropology Society (CASCA) which took place at Vancouver, British Columbia, Canada in November 2019.

The Carol R. Ember Book Prize recognizes books whose significant theoretical, empirical, or methodological contributions to anthropology embody the mission of the Society for Anthropological Sciences to advance the scientific study of human societies. Single or multi-authored books, including edited volumes, are eligible. Any submitted book is ineligible for submission to future competitions.  There is no monetary award associated with the prize. Applicants should submit their books or manuscripts to Dr. Douglas Hume at humed1@nku.edu. 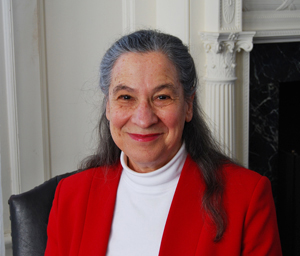 Carol R. Ember is a cultural anthropologist (Ph.D. Harvard University) specializing in worldwide cross-cultural research. Her primary mentors at Harvard were John and Beatrice Whiting. She has served as the president of HRAF at Yale since 2010, having previously served as HRAF’s executive director from 1996 to 2009. She taught at Hunter College of the City University of New York from 1971 to 1996. She is currently the editor of the journal Cross-Cultural Research, serves on the Executive Committee of the Cultural Evolution Society, and is a fellow of the American Association for the Advancement of Science. She was a founding member of both the Society for Cross-Cultural Research and the Society for Anthropological Sciences and served as President of both organizations.

Carol is interested in interdisciplinary research that integrates anthropology with other academic disciplines. She has published cross-cultural research on a broad range of topics including variation in marriage, family, kin groups, gender roles, predictors of war and other forms of violence, the democratic peace, attitudes toward sexuality and standards of beauty, and inferences that can be drawn from cross-cultural research relevant to archaeology. Her most recent NSF-supported project considers how natural hazards may have transformed culture with respect to food sharing, subsistence diversification, strength of norms, property rights, beliefs that gods affect weather, and developing contingency plans for dealing with disasters.

Carol is the senior author, with the late Melvin Ember, of two major academic textbooks, Anthropology and Cultural Anthropology, now in their 15th editions. She has also authored six other titles, including Cross-Cultural Research Methods, now in its 2nd edition, edited or co-edited 13 other books and encyclopedias, and published over 85 articles on cross-cultural research and methods. A recent database she has edited, Explaining Human Culture, summarizes over 1,000 cross-cultural findings.