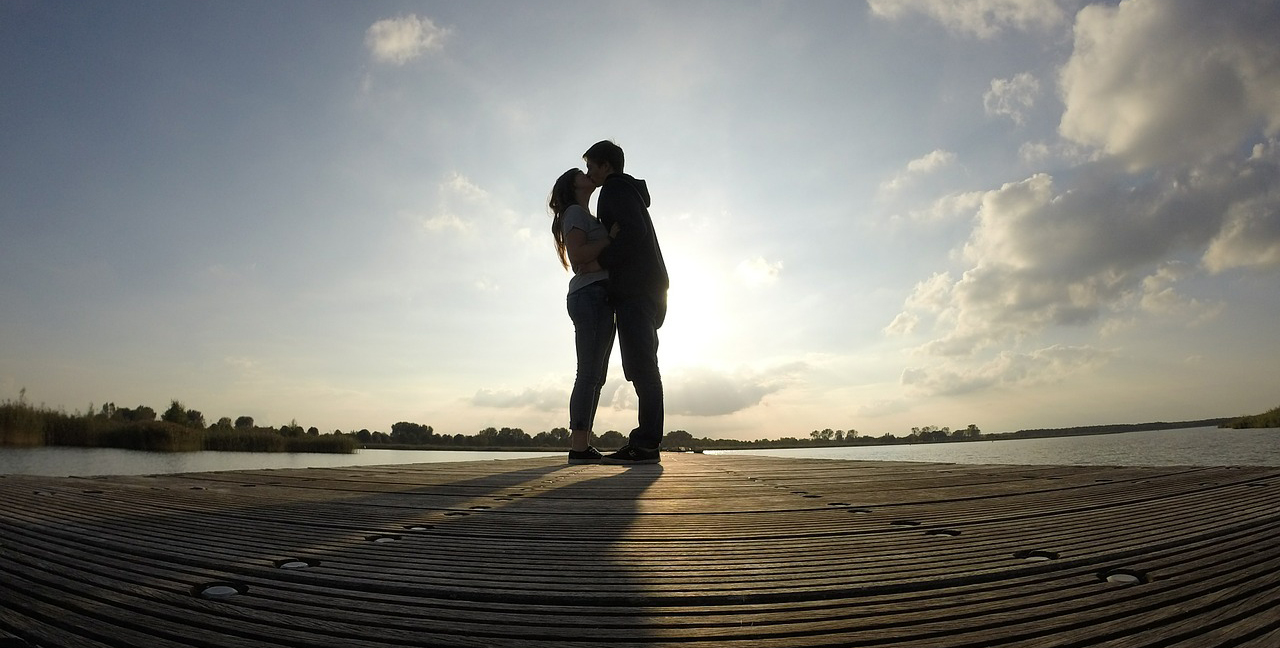 From pop culture to evolutionary psychology, we have come to take kissing for granted as universally desirable among humans and inseparable from other aspects of affection and intimacy. However, a recent article in American Anthropologist by Jankowiak, Volsche and Garcia questions the notion that romantic kissing is a human universal by conducting a broad cross cultural survey to document the existence or non-existence of the romantic-sexual kiss around the world.

The authors based their research on a set of 168 cultures compiled from eHRAF World Cultures (128 cultures) as well as the Standard Cross Cultural Sample (27 cultures) and by surveying 88 ethnographers (13 cultures). The report’s findings are intriguing: rather than an overwhelming popularity of romantic smooching, the global ethnographic evidence suggests that it is common in only 46% (77) of the cultures sampled. The remaining 54% (91) of cultures had no evidence of romantic kissing. In short, this new research concludes that romantic-sexual kissing is not as universal as we might presume.

The report also reveals that romantic kissing is most common in the Middle East and Asia, and least common of all among Central American cultures. Similarly, the authors state that “no ethnographer working with Sub-Saharan African, New Guinea, or Amazonian foragers or horticulturalists reported having witnessed any occasion in which their study populations engaged in a romantic–sexual kiss”, whereas it is nearly ubiquitous in northern Asia and North America.

In addition, cross-cultural ethnographic data was used to analyze the relationship between any presence of romantic kissing and a culture’s complexity of social stratification. The report finds that complex societies with distinct social classes (e.g. industrialized societies) have a much more frequent occurrence of this type of kissing than egalitarian societies (e.g. foragers)1. 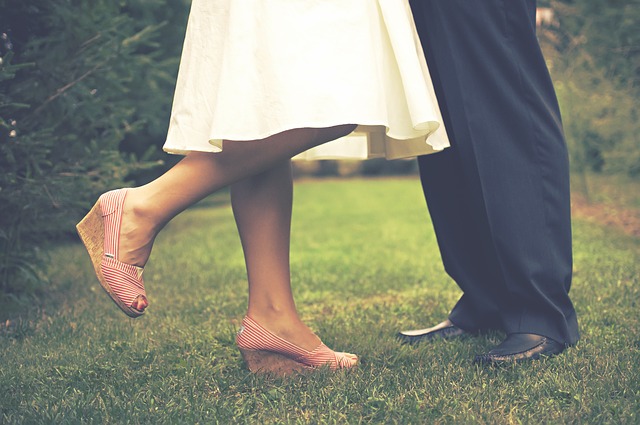 This compelling look into kissing and non-kissing opens the door for many more anthropological questions. For instance, what do people from non-romantic kissing societies really think about the practice of “locking lips”? If kissing is not used to show affection, what might it show? What other actions are seen as affectionate where kissing is absent? Inspired by the authors’ thorough use of the eHRAF World Cultures database, we turned to eHRAF for more first-hand insight from ethnographers about people and places where passionate kissing is a distinctly unpopular activity.

Overall, we found that the perception of romantic kissing in non-kissing societies ranges from  simple disinterest or amusement to total disgust.

Among the indigenous Tapirapé people of Central Brazil, Wagley (1977) found that “couples showed affection”, but “kissing seems to have been unknown”. He explains,

When I described it to them, it struck them as a strange form of showing physical attraction … and, in a way, disgusting. It was common, instead, to see a married couple walking across the village plaza with the man’s arm draped over his wife’s shoulder. A couple might stand close to each other during a conversation with the man’s arms over his wife’s shoulders and she holding him around the hips (Wagley 1977: 158).

Across the Pacific Ocean in Melanesia, Bronislaw Malinowski’s (1929: 330) classic account describes the impression of kissing among Trobriand Islanders, who were equally bemused by the foreign custom:

Certainly it never forms a self-contained independent source of pleasure, nor is it a definite preliminary stage of love-making, as is the case with us. This caress was never spontaneously mentioned by the natives, and, to direct inquiries, I always received a negative answer. The natives know, however, that white people “will sit, will press mouth against mouth–they are pleased with it.” But they regard it as a rather insipid and silly form of amusement.

The Tsonga people of Southern Africa are also openly disgusted by the practice: “Kissing was formerly entirely unknown… When they saw the custom adopted by the Europeans, they said laughingly: “Look at these people! They suck each other! They eat each other’s saliva and dirt!” Even a husband never kissed his wife” (Junod 1927: 353-354).

In other situations, kissing behavior is distinctly non-romantic because it carries alternate connotations of ritual worship, social status or respect. For example, in Central America (see, e.g. Nash 1970: 109) and Africa – areas where Jankowiak, et al. suggest instances of romantic kissing are rather low – kissing is often more associated with respect than intimacy. 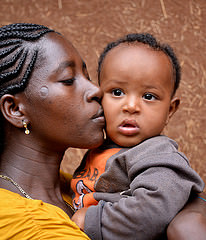 Photo, Wollaita Mother and Son in Ethiopia, by Rod Waddington

For instance, in the Ethiopian highlands, Amhara relatives and friends “kiss each other on both cheeks after a long separation, the older or superior in status kissing first. Children and servants greet their superiors by kissing their feet, which they also do to show gratitude for some favor. One kisses one’s own hands before extending them to receive a gift” (Levine 1965: 222).

And although Nuer youths in southern Sudan influenced by western films began experimenting with teenage snogging by the 1990s, their parents have not adopted the practice so readily. Because adults have long expressed affection for small children by kissing them, most “continued to disdain the idea of kissing their spouses on the mouth—an act they considered tantamount to a ludicrous infantilization of them” (Hutchison 1996: 210-212).

In Central America, kissing holds ritual importance for the indigenous Nahua. Thus, by the mid-20th century, it had still not become a common practice outside of the realm of worship:

Novios generally caress and embrace but rarely kiss. Kissing is a modern innovation in courtship, and only the more sophisticated novios do so. Kissing is traditionally associated with religious worship, kissing the saints and kissing the priest’s hands. One girl, when asked whether she ever kissed her novio, said, “What, is he a saint that I should kiss him?” (Lewis 1951: 402-403). 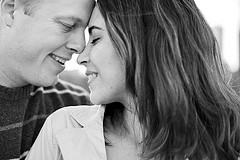 What is most thought-provoking about these findings is not only how the expression of romantic feelings can vary across human cultures, but also that the idea of kissing not being seen as romantic – or even being considered disgusting – strikes us as unusual. Yet, this is the most common sentiment across cultures. In this regard, Jankowiak, et al. suspect that “Western ethnocentrism—that is “the belief that a behavior currently deemed pleasurable must be a human universal”—may be driving the common misconception that romantic–sexual kissing is a (near) universal.”

Perhaps it is time to rethink our ethnocentric biases on pleasurable and affectionate behavior. Indeed, the ethnographic record confirms that life without kissing is far from boring. Just ask the Inuit:

“The Perry Island people didn’t engage in kissing, but they certainly knew how to rub noses, and rubbing noses can be very exciting if it is done the right way with the right noses” (Pryde 1972: 90).

Have you found this post interesting? Learn how to construct an eHRAF search on the topic of kissing and see what additional ethnographic examples of kissing as a non-universal you can find for yourself.

Many thanks to Tahlisa Brougham, our new Melvin Ember intern at HRAF, for her contributions to this post.

1. View this page for more information on how to sort your eHRAF search results by subsistence type.

Nash, June C. 1970. “In The Eyes Of The Ancestors: Belief And Behavior In A Mayan Community.” New Haven, Conn.: Yale University Press. http://ehrafworldcultures.yale.edu/document?id=nv09-007.