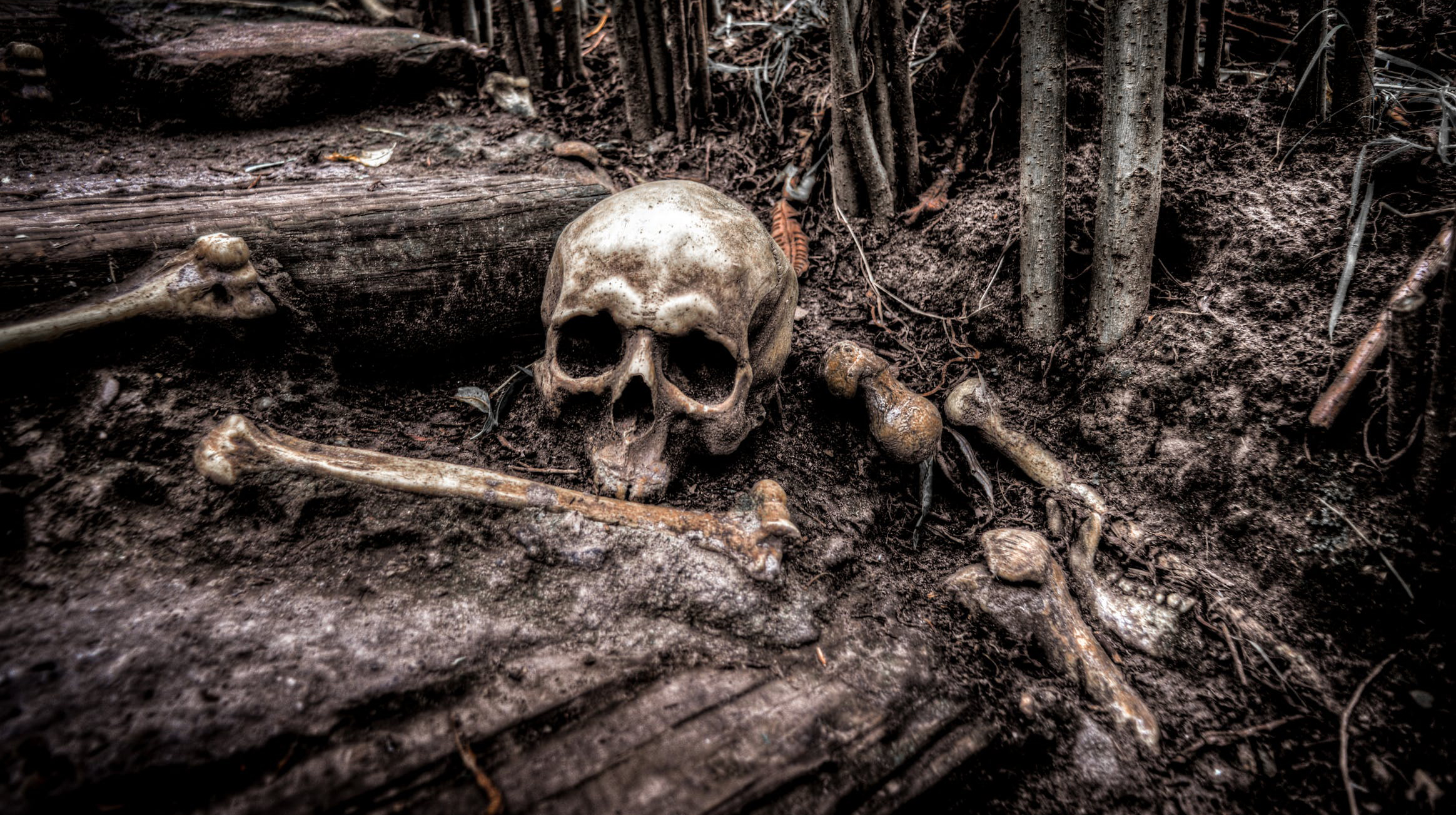 As All Hallow’s Eve approaches, it’s once again the time of year for ghastly ghouls, wicked witches and terrifying things that go bump in the night. From haunted houses to headless horsemen, there are many spooky legends in Western culture. Fairytales tell of evil conjurers lurking in dark forests to capture and deceive innocent children. Hollywood movies feature bloodied cheerleaders stalked by psychopathic murderers. Other classic villains from film, books and TV include evil clowns, angry poltergeists, possessed dolls, ambulatory zombies and bloodthirsty vampires (although the latter have lost some of their “bite” with a transition to teen romance novels).

Are these well-known subjects universally terrifying around the world? We searched the eHRAF World Cultures database and found that many folk superstitions are not so far removed from a contemporary horror film.

One such story is recounted by Batchelor (1927: 424), a missionary who narrates his close call with the local folklore of the Ainu, an East Asian culture:

As I was one day wandering about the outskirts of the village, I met a young Ainu woman who said, with a scared look upon her face and in a hushed voice, as though afraid of being overheard, “O Sir, please do not go near yonder house, for there is great danger there.” “But why?” I asked. “Whatever danger can there be in broad daylight like this? Come, tell me all about it.” She replied, casting a frightened look about her, “A woman lives there who is said to be possessed by a fox, and she bewitches people.” “Oh, indeed,” I replied, “possessed by a fox, is she! That is serious, is it not? But how do you know? Is she ill? Have you seen the fox which has got hold of her?” To this she replied, “No; but all say she is possessed. Many people have reported that they have seen a big fox more than once coming out of or entering into her house by the east end window, on moonlight nights. And thus it is proved that she is fox-possessed.”

This young lady firmly believed, with others, that the woman could turn herself into a fox or back into a human being at will, and bewitch folks when so inclined. Moreover, it was also thought that she was able to render herself visible or invisible as she pleased. It was really so believed by the young woman who was warning me. I did not contradict her at all, but thanked her and told her I would certainly be very careful. This pleased her and so we parted company. 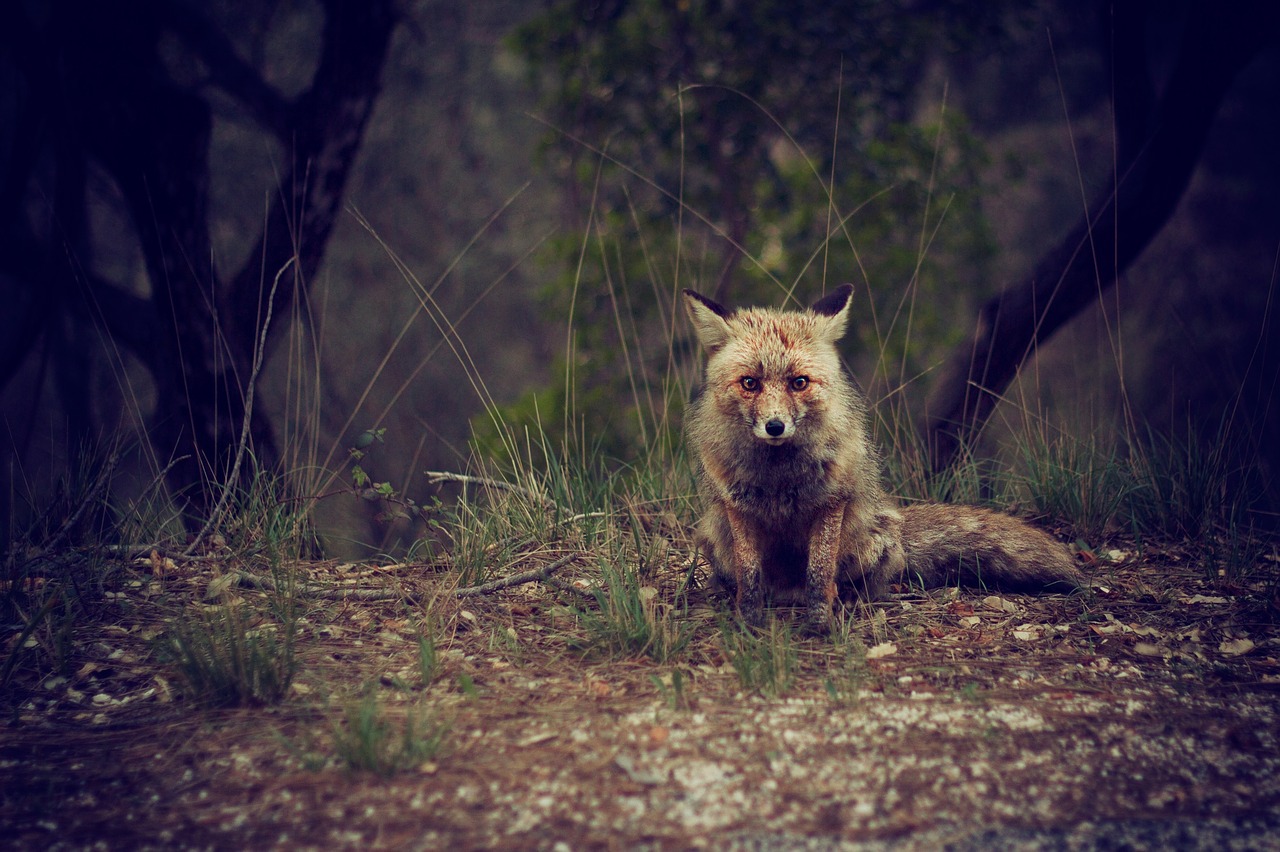 You will have to read the original text to find out more about the many wicked powers that the fox-possessed witch is said to hold. Batchelor goes on to explain that local mythology refers to the origin of foxes as demonic. The animal’s skulls are used in divination and exorcism practices because foxes are seen as “extremely crafty or wise” (ibid. 425). While fox-possession gives this story a unique and suspenseful twist, the tale of the cunning fox is one that many of us have heard of before. In fact, the characterization of a fox as a cunning, sly trickster – both male and female – appears in a great number of cultures throughout the world, and has also found its way into many fairy tales.

One way that the characters at the heart of scary stories spread and become so terrifying and familiar is that these narratives are passed on to children when they are very young. A common theme is the bogeyman story, related by parents to their children to prevent them from misbehaving for fear of supernatural retribution. The Masai, for instance, have the evil demon ‘Nenaunir,

whose body is hard as stone and therefore invulnerable, who bears the head of a predatory animal and whose feet are armed with claws. He lies in wait on paths and calls passers-by by name, in order then to tear apart and devour those who approach. For most adults ‘Nenaunir is merely a bogeyman for naughty children. “Do not go too far away,” the mother says to the children, “otherwise ‘Nenaunir will get you.” (Merker 1910: 277). 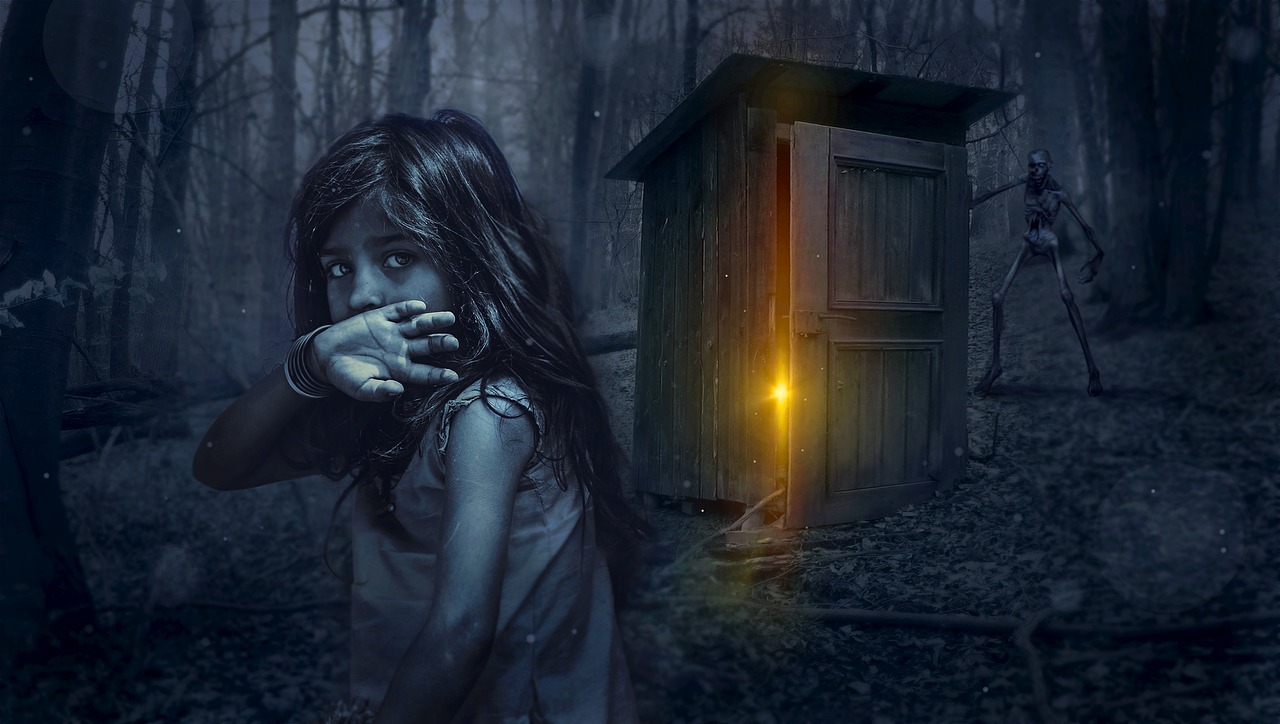 A few potentially scary places at home are avoided by children: windowless barns and outhouses in the old courtyards, and the bath and storage rooms in newer houses. These are likely to be dark and deserted and are said to be frequented by djenn [demons]. Children say they are afraid to go there alone even if they do not know about the djenn-lore. Seven-year-old Mahmud prefers to relieve himself behind the woodshed rather than to use the indoor toilet in his father’s house because to get there he has to pass doors to the bath and to a storage room, the two places in the house of which he is truly scared.

Even home can become a scary place in the dark, but a fear of what darkness obscures is not only common in children.

Have you ever felt a creepy chill down your spine when walking past a graveyard at night? You’re not the only one. Searching with the OCM identifiers Cult of the dead (769) or Eschatology (775) in eHRAF World Cultures will give you insight into ghostly practices surrounding the places kept by the dead. 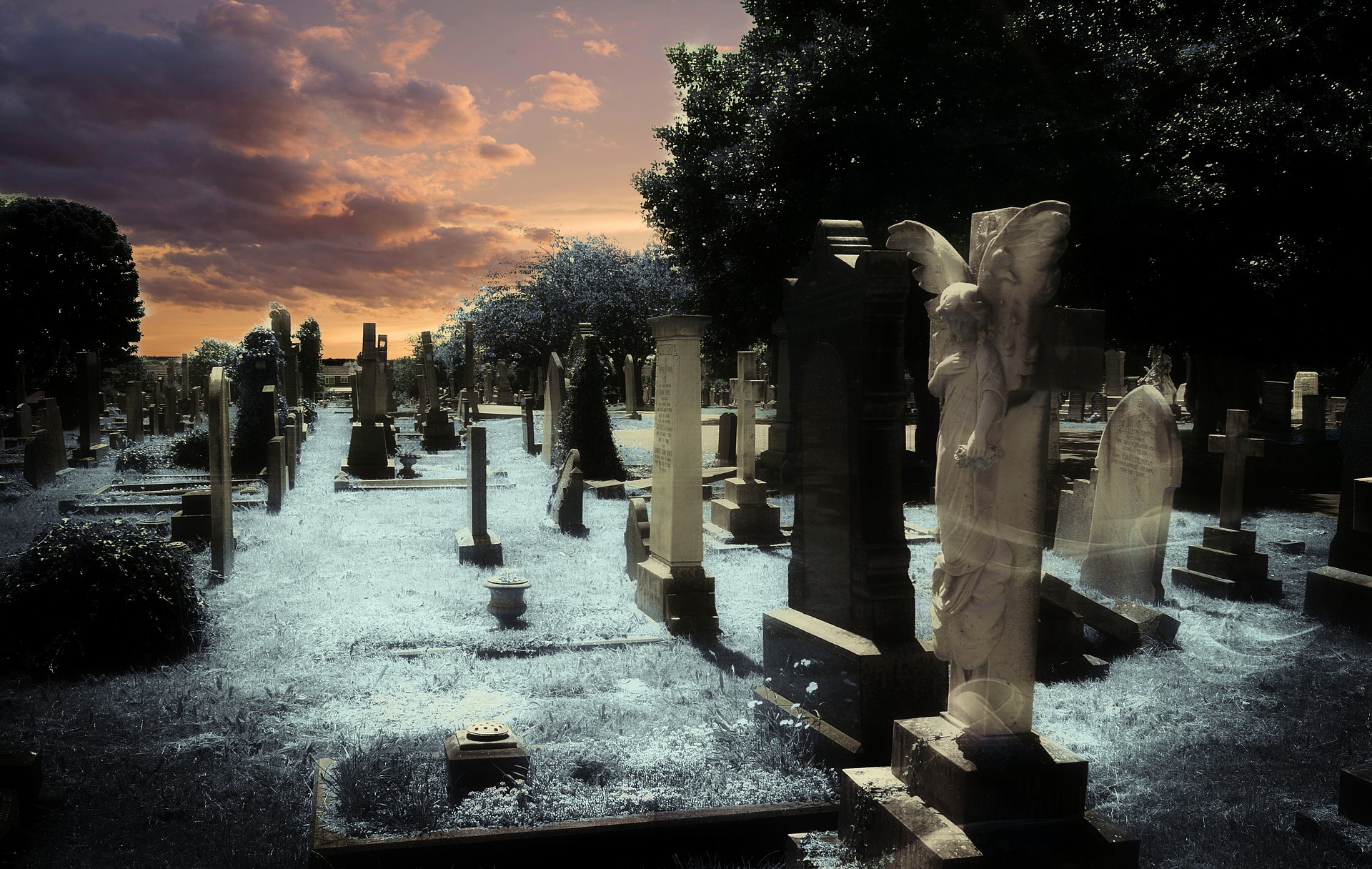 For example, graveyards can provoke fear for the indigenous Nahua peoples of Central America, as noted by Sandstrom (1991: 78):

For the Nahuas, graves are doors to the underworld, and they see graveyards as sites where the ancestors gather. Villagers generally regard cemeteries as frightening places with powerful emotional significance. They hold elaborate rituals there to make offerings to the dead who, if they are not satisfied, will send disease and death into the village. […] curing rituals are essentially efforts to establish peace with spirits of the dead, many of whom originate from the graveyard.

According to Burling (1963: 59-60), The Garo people of India also believe that a disrupted path for the dead can result in ghosts who haunt the living in specific places:

It does seem that the mode of death affects the destiny of the soul, for those who die unnaturally in an accident or from an unusual disease, or who are killed by a wild animal, have difficulty in reaching the country of the dead; thus they may stay to haunt the place where they die, apparently holding something of a grudge against those who are still living. Ghosts are expected in strange places, especially at night, and while these are not related to specific persons, Garos suggest that ghosts are responsible for the spooky sensations one has at night. 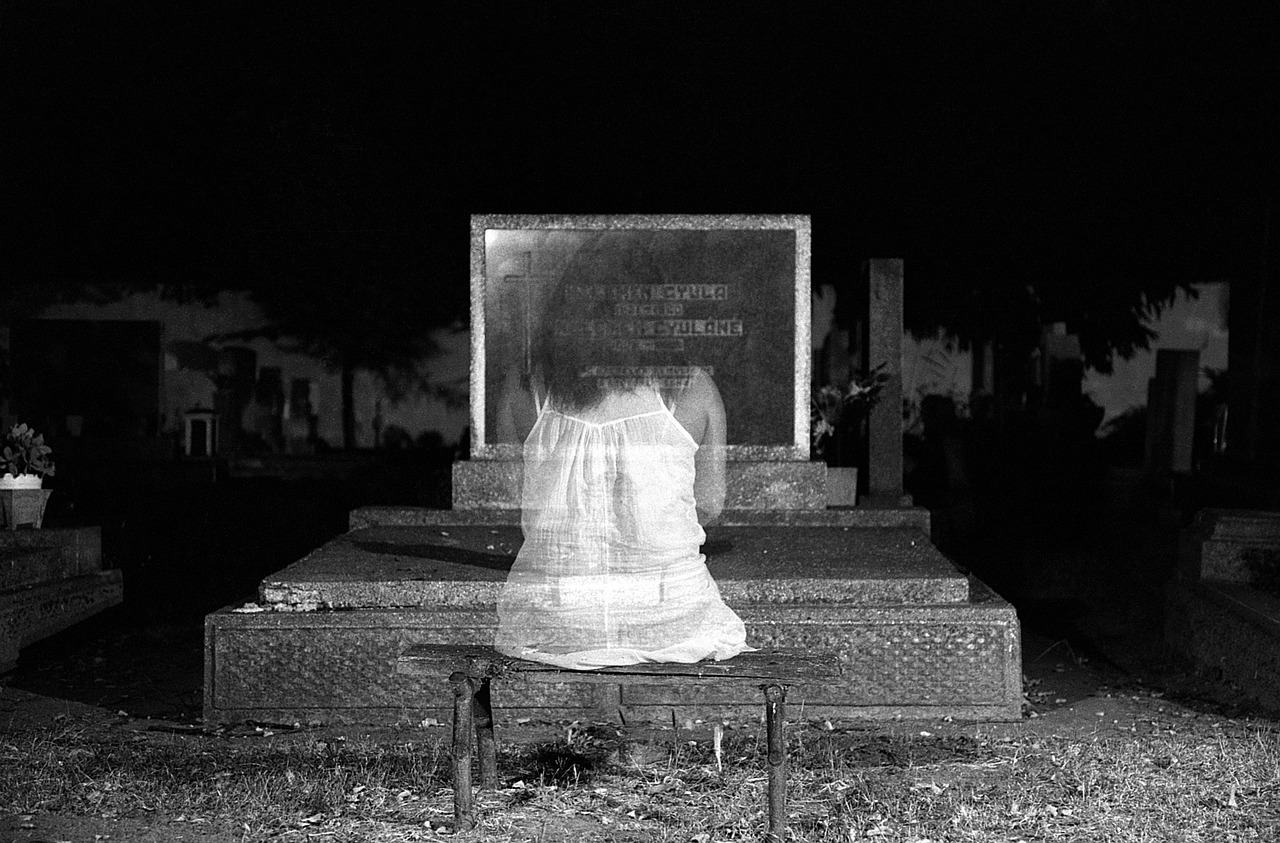 Nahua and Garo ghost stories could easily be the inspiration for any Hollywood poltergeist tale. When it comes to horrifying characters, there are certainly a lot of similarities between menacing figures across cultures.

Zombie movies and TV shows may be a tired Halloween staple, but myths surrounding all manner of walking dead have a deep history. Historians generally trace the original zombie concept to West African cultures and witchcraft (later taken to the Caribbean and Haiti during the slave trade and expanded with the practice of voodoo). However, we found an example in eHRAF World Cultures of a zombie tale from an unexpected geographic location – Nepal – recorded by Anthropologist Sherry Ortner:

[This story] was told to me by a Thami monk, in response to my request for “old stories.” It is about a Mo’ung lama, possibly Lama Budi Tsenjen, father of Lama Sangwa Dorje: The Mo’ung lama was very powerful. He had a marvelous yak. A man killed and ate his yak and the lama cursed him. The man who killed the yak [later] saw a man with a very long chin, down to his chest. The man with the long chin chased the yak-killing man, but the latter climbed up on a chorten. Because of his long chin, the strange figure could not raise his head to see the man on the chorten, and so he went away. Then the yak-killing man went home, and he and his household all died but became zombies, who appeared to come back to life but were really dead. Zombies walk around but they can’t bend; if they go into other people’s houses then those people become zombies too, which is why Khumbu people make small doors and windows—the zombie people can’t bend over and come in. Then eventually the lama’s curse brought an avalanche and wiped out all the zombies, and now there are no more. But people say that Kunde [a village in Khumbu] people still have short bodies and short lives because of the curse (1989: 203). 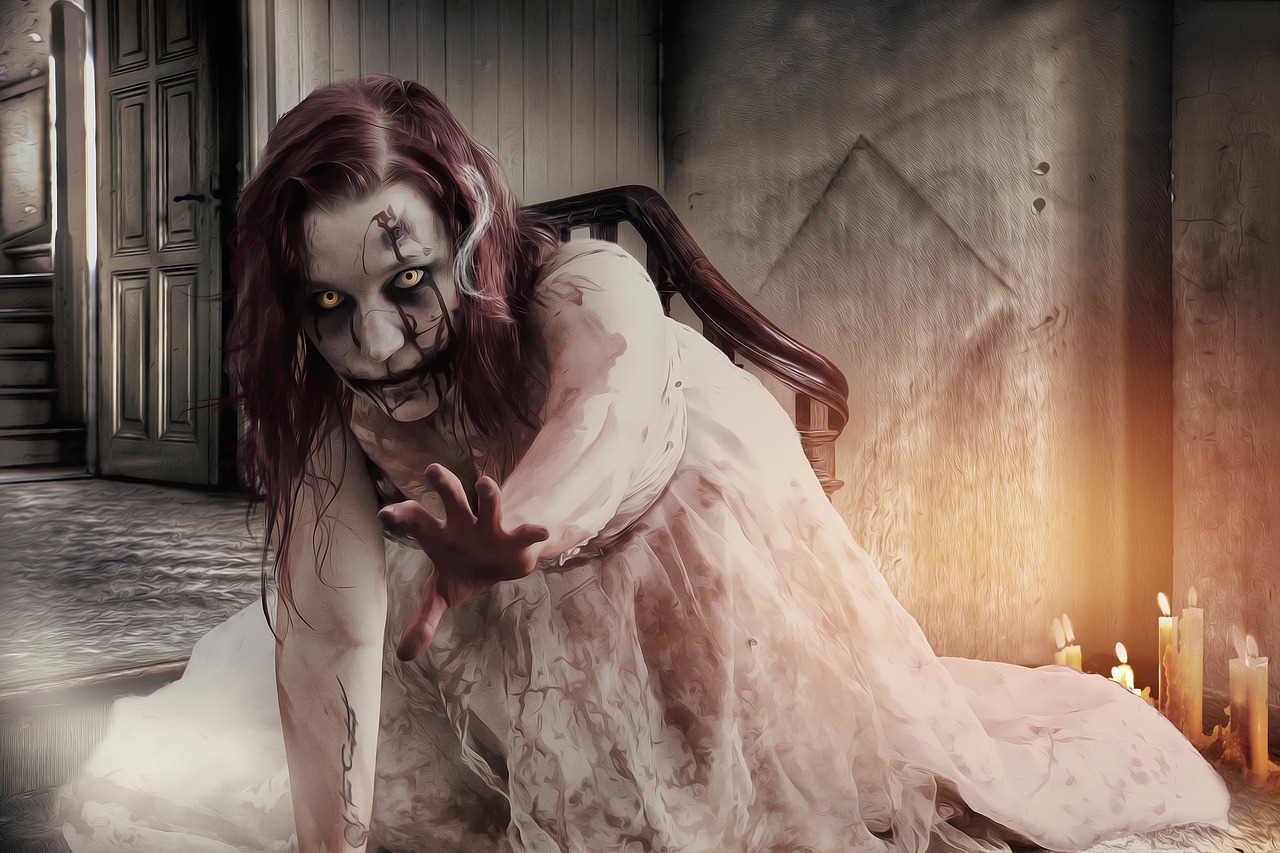 There are plenty more examples of the creepy and kooky to explore in eHRAF. The brief snippets shared above highlight some commonalities between and across cultures as well as important distinctions based on local histories and belief systems. Themes like cursed zombies, spirit possession, monsters stealing innocence from children, and ghosts haunting the living as recompense for some wrongdoing, recur around the world. While the characters may vary, horror stories and legends are ultimately tales of morality and mortality. Oftentimes it is the things that we cannot perceive or comprehend that frighten us the most. In this respect, spooky stories are just one way to explain the inexplicable and thereby make sense of the world and our place within it, which makes ghost tales less about the terrifying monsters and more about what makes us human.

View eHRAF culture profiles for the cultures mentioned in this post: