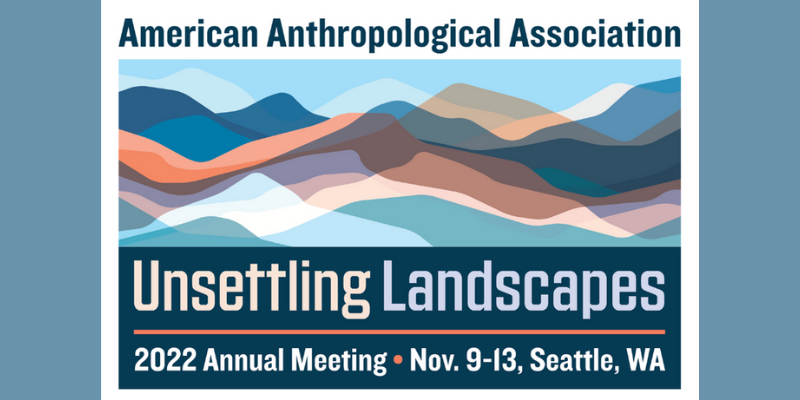 HRAF staff members attended the 2022 American Anthropological Association Annual Meeting from November 9-13 in Seattle, Washington. The theme of this year’s meeting, “Unsettling Landscapes”, encouraged anthropological discussion of the past, present, and future. 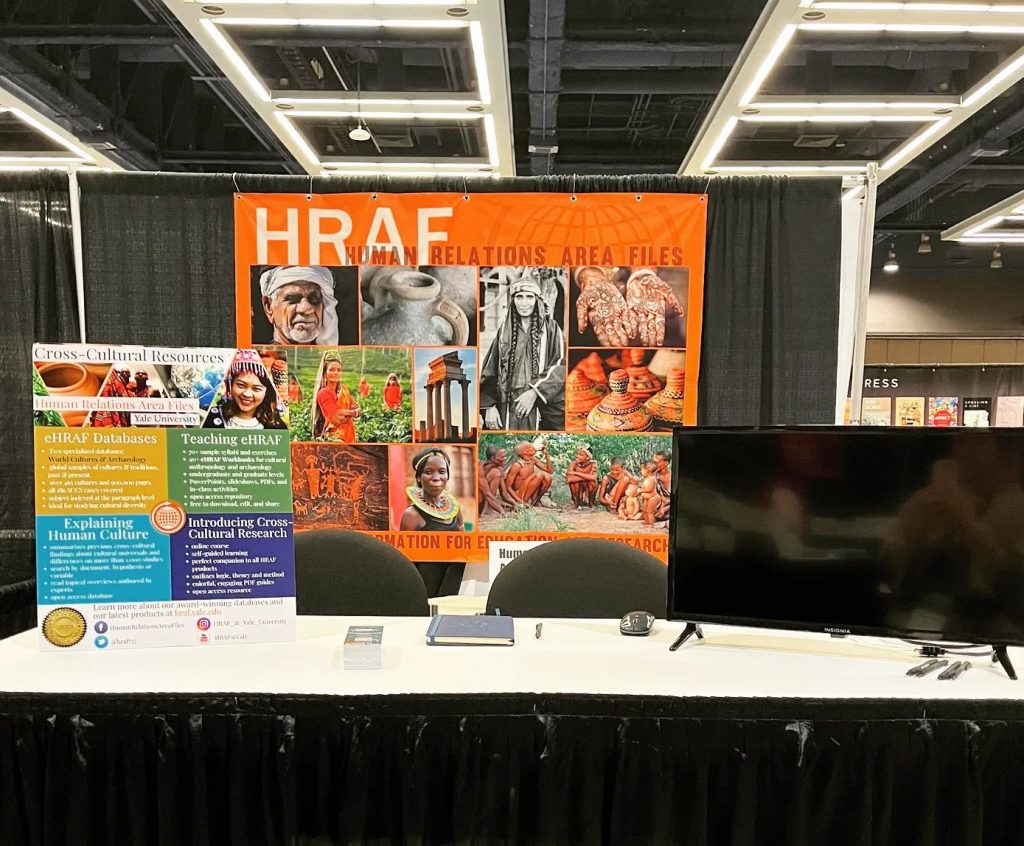 Visitors to HRAF booth in the exhibit hall learned about the eHRAF World Cultures and eHRAF Archaeology databases, and the eHRAF Workbooks for teaching introductory courses. President Carol Ember and Danielle Russell, a research assistant, were the primary staff members at the exhibit booth, assisted by Ian Skoggard, a research anthropologist. We would like to thank everyone who stopped by our booth. Attendees were given complimentary HRAF tote bags and HRAF bookmarks with login credentials for free trials of the eHRAF databases. If you attended the AAA meeting in Seattle but did not have the opportunity to receive a bookmark for a free trial, please contact Matthew Longcore, Director of Membership and Outreach, at matthew.longcore@yale.edu. 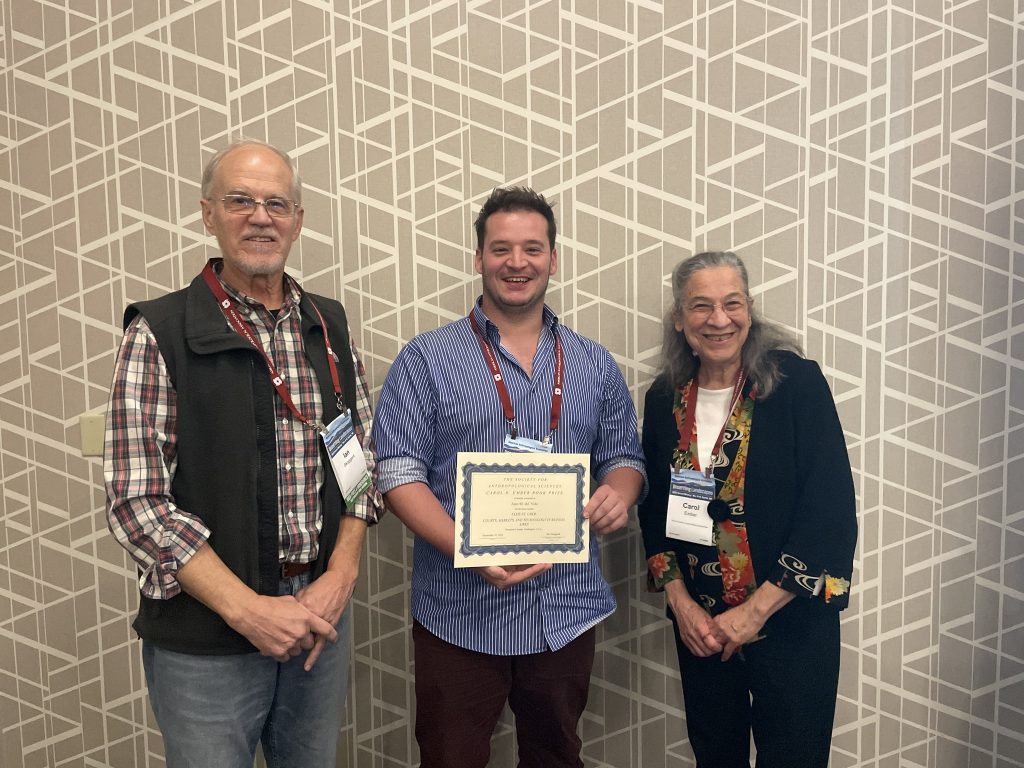 The Society for Anthropological Sciences presented the annual Carol R. Ember Book Prize to Dr. Juan M. del Nido for his book Taxies vs. Uber: Courts, Markets and Technology in Buenos Aires. As described by Stanford University Press, this publication is the “first book-length study of the lead-up to and immediate aftermath of the arrival of a major platform economy to a metropolitan capital considers how the clash between Uber and the traditional taxi industry played out in courtrooms, in the press, and on the street.” Dr. del Nido is Philomathia Post-Doctoral Research Associate at the Max Planck Cambridge Centre for Ethics, Economy, and Social Change at the University of Cambridge.

A panel organized by Ian Skoggard featured three presentations by HRAF staff. The panel titled “Investigating Settled And Unsettled Worlds With Scientific Methods” that was held on Friday, November 11th.  The panel featured the following papers:

THE EVOLUTIONARY IMPLICATIONS OF KINSHIP TIGHTNESS

HRAF looks forward to attending the AAA/CASCA2023 meeting next year in Toronto, Canada.